The Institute for Marine Mammal Studies
By Currie Engel

Nearly 300 dead bottlenose dolphins — three times as many as normal — have washed up along the beaches of the Gulf Coast this year. While scientists can’t explain the sudden surge, some at least have theories.

Since February, 282 bottlenose dolphins have been found across four states in varying degrees of death and decay, according to Erin Fougeres, a Marine Mammal Scientist at the National Oceanic and Atmospheric Administration (NOAA). Mississippi has seen the largest number of dead dolphins, with Louisiana, Florida and Alabama close behind.

The NOAA has declared the phenomenon an “Unusual Mortality Event,” or UME, which means the number of dead dolphins is alarming enough to warrant an official response. A UME was last declared in the area following the Deepwater Horizon oil spill in 2010; the declaration lasted through July of 2014.

Outside experts working with NOAA have pointed to factors like the unusually large amount of rain and snow dumped on the South this winter and the lingering effects of the Deepwater Horizon spill as potential causes.

“We do know that this is the wettest winter in the Mississippi valley in 124 years,” Fougeres tells TIME. Heavy precipitation can decrease salt levels in the Gulf, spelling trouble for saltwater dolphins. (Bottlenose dolphins are a saltwater species.) According to Fougeres, just about a quarter of the dead dolphins had “lesions on their skin that are consistent with freshwater exposure.” While it’s not unusual to find such lesions on dolphins this time of year, the sheer number discovered has Fougeres and her colleagues concerned, she said.

Fougeres is also considering other environmental factors that might contribute to high dolphin mortality rates in the Gulf of Mexico, including a “hypoxic zone” the size of Massachusetts that the NOAA forecasted in the Gulf earlier this month. These zones are created when excess nutrients from farming and human activities contaminate water bodies and lower their oxygen levels — scientists have dubbed them “dead zones” because they suffocate and kill marine life. The NOAA believes this year’s Gulf dead zone will be 7,829 square miles. That’s over 2,000 miles larger than its five-year average, and close to 2017’s record-setting size of 8,776 square miles.

While Fougeres does not know whether these “dead zones” directly affect the dolphins, she does think it could affect the availability of their food supply.

The stretch of Gulf where the dolphins have been found is also the area most directly affected by the Deepwater Horizon spill. At the time, four million barrels of oil contaminated the Gulf for over 87 days before the spill was contained, and Fougeres suggests that the area’s dolphin population still experiences “some ongoing and lingering adverse health conditions,” which could make them more vulnerable to environmental stressors and illness, like lung and adrenal disease. (The decomposed state of many of the dolphins has made diagnoses challenging; the NOAA is waiting for full necropsy reports to confirm what the dolphins are dying from.)

These extremely intelligent mammals have had a rough year in other parts of the world, as well. This past March, over 1,000 mutilated dolphins washed up on the coast of France; they were believed to have been killed by commercial fishing activities.

Fougeres urges those who encounter a stranded, sick or dead dolphin or other sea animal to contact the Stranding Network at 1-877-WHALE-HELP. 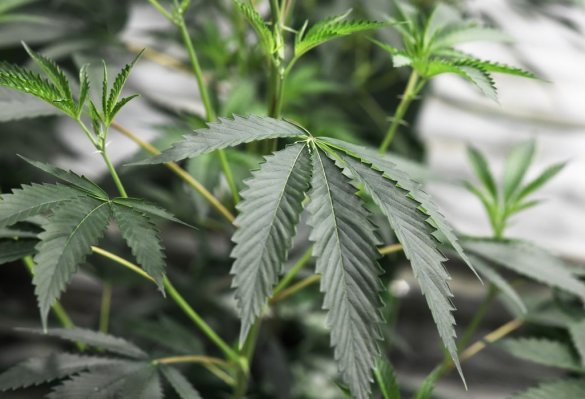 The Environmental Downside of Cannabis Cultivation
Next Up: Editor's Pick