Alan Brinkley, a historian and academic, has died at age 70.
Columbia University/AP
Ideas
By David Greenberg
Greenberg is a professor of history and of journalism and media studies at Rutgers University, author of Republic of Spin: An Inside History of the American Presidency (2016) and co-editor of Alan Brinkley: A Life in History (2019).

There is a chasm, we often hear, between academic and popular history: The public loves blockbuster biographies and political narratives, typically written by journalists or amateurs. The professoriate likes analytical works known for their historiographical contributions, not their fluent prose. But some of us in the history business bridle at making such a choice. We like to point to historians who do both. For more than three decades, that list has usually begun with the name of Alan Brinkley.

Brinkley, a Columbia University professor who died last weekend at age 70, was the rare historian esteemed for both his scholarly chops and his public profile. He was the son of television newsman David Brinkley, and of Ann Fischer, described by Alan’s childhood friend Frank Rich as “a product of a very specific Washington enclave … Jewish Washington.” Alan attended the national political conventions as a teenager. How could such a youngster not develop a taste for presidential politics? But Brinkley, coming of age in the 1960s, also shared that era’s egalitarian values, including a belief in the need for “history from below.”

What made his Harvard Ph.D. dissertation so important was how it inventively combined the two. It told how the Louisiana senator Huey Long, the Detroit radio preacher Charles Coughlin, and other populists in the Great Depression captured the imagination of those unhappy with the pace of progress under Franklin Roosevelt. Later published as a book, Voices of Protest won a National Book Award in 1983 and established Brinkley as a leading historian of his generation. Today, amid a resurgent populism, it’s enjoying a second life—listed, for example, on the viral “Trump Syllabus” that two historians compiled some months back as a bookish guide to our times.

As a professor at MIT and then at Harvard in the 1980s, Brinkley earned a reputation as a devoted teacher and a public intellectual. Unfortunately, back then, either of those labels could doom your chances for tenure in Cambridge; Brinkley was twice cursed. When students at Harvard learned he would be leaving, they seized their chance to hear his finely wrought lectures, and precisely 1,000 undergraduates filled Sanders Theater for his last course. But Brinkley landed on his feet. In those days, it was said, the achievements of those denied sinecures on the Charles River probably surpassed those of the folks who remained. After a rough year, Brinkley drew offers from Columbia and Princeton. He chose New York over his alma mater and went on to nurture a generation of historians (myself included) drawn to his ability to bridge social and political history, to blend narrative and analysis, and to reach academic and lay readers.

More books followed, all in his enviously lapidary style: The End of Reform (1995), a sweeping reinterpretation of the New Deal; Liberalism and Its Discontents (1998), a clutch of his essays for The New Republic, The New York Review of Books, The New Yorker, and elsewhere; and The Publisher (2010), a page-turning life of Henry Luce, the co-founder of TIME and the media empire of which it became a cornerstone. Brinkley also produced short biographies of John F. Kennedy and FDR, and word had it that he ghostwrote his father’s 1988 best-seller Washington Goes to War. Perhaps most influential in academia was a 21-page journal article on historians’ neglect of conservatism as a subject of study. Almost single-handedly, it launched a cottage industry in the history of the right, spearheaded by many of Brinkley’s graduate students. Much of this work Brinkley completed while serving as department chair or university provost, jobs he accepted out of civic duty, never fully able to conceal his frustrations with bureaucratic life.

If scholars knew Brinkley for his rigor and creativity, the wider world knew him as an heir to figures like Richard Hofstadter and Arthur Schlesinger, Jr.—an intellectual who brought historical knowledge to bear on contemporary problems. “The attempt to understand the past,” he once wrote, “is not an arcane academic activity. It is part of a society’s struggles over policy and belief and present action.” Waging that struggle was part of his job. Reviewing books, composing op-eds, advising documentaries, commenting on television and radio, sitting for interviews with reporters, writing about “Mad Men” for the Wall Street Journal—Brinkley was a regular presence in the news media, unfailingly measured and rational, often flashing his wry humor.

He reached out to the public—or as he liked to put it, publics—in other ways, too: writing high-school and college textbooks, running summer institutes for secondary-school teachers, lecturing at libraries and historical societies, consulting with politicians, and spending extended afternoons holding “office hours”—those long-running sessions when streams of students waited at his door, legs jiggling, for a chance to discuss with him their dissertations, oral-exam preparations, undergraduate papers, or just the news of the day. Even in those sessions, with student-fans queued up at the door, he did not think twice about taking a call from his young daughter and dropping his strait-laced mien to lapse charmingly into goo-goo talk.

In 2016, after trying for some time to identify the source of Brinkley’s recent struggles with speech and memory, doctors diagnosed him as suffering from a mutation of a particular gene, which causes ALS, from which his mother also suffered, or frontotemporal dementia. His condition sidelined him for the Trump years, when his acute insights into liberalism, populism, and conservatism, and into the interplay of individuals and social forces, would have been especially tonic. But the beauty of scholarship is that it endures for us to learn from. The historian has left a body of history that professionals and amateurs alike can appreciate. 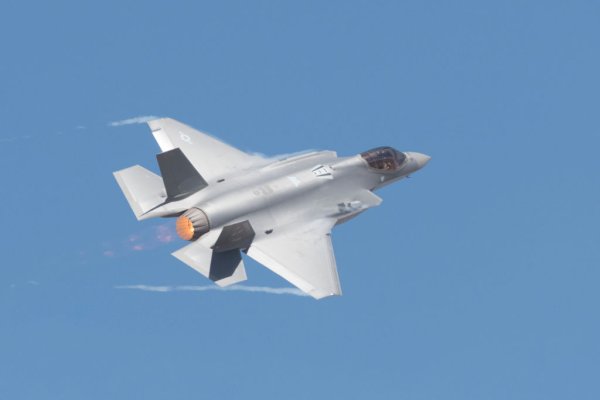 The Quick Read About… Turkey’s Troubling Russian Shopping Spree
Next Up: Editor's Pick