She Was Born Into Slavery, Was a Spy and Is Celebrated as a Hero—But We're Missing the Point of the 'Mary Bowser' Story

1862: The home of Jefferson Davis (1808 - 1889), the first and only President of the Confederate States of America, in Richmond, Va.
MPI/Getty Images
By Lois Leveen

The telegram sizzled with promise. “Have got the name of Slave who worked in Jefferson Davis house,” it declared.

The “Slave” in question was actually a Union spy who infiltrated the Confederate president’s household, obtaining intelligence no white espionage agent could. William Beymer, the recipient of the 1910 telegram, was preparing an article for Harper’s magazine in which the slave-turned-spy would at last be publicly identified. After the war, this black woman’s contributions had faded to rumor — while Bet Van Lew, the white Virginian who was her former owner and a fellow spy, had been commended (and financially rewarded) by the federal government. But there was a problem: the name the sender of the telegram had uncovered, “Mary Elizabeth Bowser,” was inaccurate.

As a result, the article would obscure rather than secure her place in history.

The person who supplied the erroneous name was Van Lew’s niece. Pressed for details about the espionage in the Confederate White House, the niece could provide none, noting that she was a young child during the war, never privy to clandestine information. The ensuing five decades must have further clouded her memory, as nearly all the biographical details she provided about “Mary Elizabeth Bowser” were incorrect. But Beymer, focusing on Van Lew in his Harper‘s article, relied unquestioningly on the niece’s account. (The telegram and notes from the niece’s interview are held at the Briscoe Center for American History).

Today, as growing interest in African American and women’s history has brought increased attention to “Mary Bowser,” what circulates often remains distorted at best, and patently false at worst.

The woman’s real name, in fact, was Mary Jane Richards Denman. Born into slavery sometime around 1840, Mary Jane was briefly married to a man named Wilson Bowser, although only his surname, not hers, appears in the 1861 church annals listing their nuptials. Researchers seeking “Mary Bowser” could find no other trace of her. Not until nearly a century after Beymer’s article did historians ascertain that before and after the war, she used the surname Richards, allowing us to better reconstruct her life. Now, newly discovered documents reveal that around August 1867, she took another husband and began using the name “Mrs. John T. Denman”; she continued to identify herself as Mary Jane Denman after their relationship ended. My research regarding these newfound documents yields fascinating details — such as her struggle to support herself after the war, even as Van Lew received compensation from the government — that we couldn’t learn without her correct name.

As a historian and novelist, I understand both the power and the danger of a compelling story. In my novel The Secrets of Mary Bowser, I use the hook of the slave-turned-spy to teach readers about how activism by 19th-century African Americans shaped U.S. history. Fictional accounts based on real people artfully alter events and invent characters (as movies like BlackkKlansman and Vice demonstrate). As a novelist, I creatively departed from my rigorously researched nonfiction recounting of her life. But as a historian, I’ve grown concerned that our impulse to celebrate a black spy in the Confederate White House is impeding us from getting history right, in troubling ways.

In Southern Lady, Yankee Spy, a meticulous biography of Van Lew, historian Elizabeth Varon documents the participation of many free and enslaved blacks in Richmond’s pro-Union underground. Yet the attention paid to “Mary Bowser” paradoxically obscures their contributions, because many books, articles and internet posts wrongly attribute to Mary actions undertaken by other African Americans (such as using needlework to smuggle messages, or escaping to the North during the war).

Our desire for cloak-and-daggery disregards how the pro-Union underground operated. Research by Varon and other historians shows that from 1861 to 1863, the underground’s efforts primarily involved aiding Union soldiers crowded into Richmond’s makeshift prisons with food, medicine and opportunities to escape. Only in 1864 and 1865, with battles raging nearby, did the focus expand to smuggling military and political intelligence to Union generals. Mary Richards Denman’s postbellum speeches and letters dwell more on her work in the prisons and her eavesdropping in the Confederate Senate than her foray into Davis’ household. Exaggerating the duration and impact of the latter feeds sensationalism in ways that undermine our ability to understand the past—and the present.

It’s thrilling to unearth previously unknown historical documents related to such a compelling, elusive figure. But it’s disheartening that the emerging facts must compete with outlandish new claims about her espionage in the Davis household, which have recently begun to circulate in books, articles and online posts, yet which cannot be true, given what historians have already documented about the underground, and what we know from Mary Richards Denman herself. The ease with which this new misinformation circulates underscores that Americans must hone our ability to evaluate sources, recognize reliable research and maintain skepticism about dubious claims, whether the topic is history or current perils like climate change, election manipulation or anti-vaccination rhetoric.

Focusing only on Civil War espionage also effaces the disturbing breadth of American racism. When Mary Richards was a child, Van Lew expatriated her to Liberia, reflecting a disturbing belief shared by pro-slavery and anti-slavery whites that free blacks had no place in this country. Although a small portion of African Americans embraced the idea of creating a new nation removed from American racism, many emigrants to Liberia, including Mary Richards, eventually returned, preferring to strive for full citizenship here.

But after the war, Mary, like most formerly enslaved people, struggled financially and physically to create a life in freedom. She repeatedly spoke and wrote about the violent racism of Southern and Northern whites. Racial intolerance likely put an enormous strain on her relationship with John Denman, who was white; during their brief marriage, the couple lived in Georgia, an exceptionally hostile place for interracial couples. Her only surviving correspondence with Van Lew, written five years after the war, shows that emancipation didn’t beget opportunity: the woman who worked surreptitiously to end slavery couldn’t secure sustained employment in freedom.

Politically and socially, Americans today remain the inheritors of the failures of Reconstruction, as conflicts over voting rights, reparations or removing Confederate statues evidence. We can best honor Mary Richards Denman by being unwaveringly honest about America in her era, and our own.

Lois Leveen is the author of the novels The Secrets of Mary Bowser and Juliet’s Nurse. She is at work on a book-length biography of Mary Richards Denman. Her latest research on Denman’s life appears in the Los Angeles Review of Books. 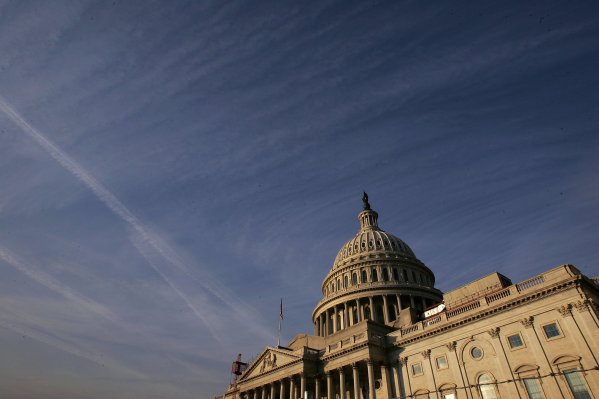 The House Hearing on Slavery Reparations Is Part of a Long History. Here's What to Know on the Idea's Tireless Early Advocates
Next Up: Editor's Pick