It’s been more than 10 years since author Suzanne Collins published the first book in the Hunger Games trilogy and kickstarted a global phenomenon that became one of the most lucrative film franchises of all time. Now, nearly four years after the release of the fourth and final Hunger Games movie, Collins has announced that she is returning to her fictional world of Panem in a new prequel novel.

As one of the first hugely popular dystopian series that have taken the world by storm in the past decade, The Hunger Games has made an undeniable mark on young adult fiction. Here’s what we know about the forthcoming Hunger Games prequel novel.

“With this book, I wanted to explore the state of nature, who we are, and what we perceive is required for our survival,” Suzanne Collins said in a statement. “The reconstruction period 10 years after the war, commonly referred to as the Dark Days — as the country of Panem struggles back to its feet — provides fertile ground for characters to grapple with these questions and thereby define their views of humanity.”

The prequel novel will take place 64 years before the start of the trilogy and our introduction to Katniss Everdeen. It will begin on the morning of the reaping of the 10th Hunger Games.

Why is there controversy surrounding the prequel?

The Hunger Games prequel came under fire after an excerpt from the upcoming novel revealed that a young Coriolanus Snow, who grows up to become the tyrannical President of Panem introduced in the original trilogy, will be one of its main characters. Following the reveal of the excerpt, which was published in Entertainment Weekly on Jan. 21, some fans spoke out against Collins’ apparent decision to rehumanize Snow by giving him a backstory seemingly intended to justify his future actions.

What’s the title of the new book?

Good Morning America revealed the cover and title of the anticipated prequel on Oct. 4. Collins’ new novel will be called The Ballad of Songbirds and Snakes. The book’s cover features an image of a golden mockingjay, evoking Katniss Everdeen’s nickname and the symbol of the rebellion she helped lead.

Will Katniss and the rest of the original Hunger Games characters be in it?

Since the new Hunger Games book is set 64 years before the start of the trilogy, it will take place long before the lifetimes of Katniss, Peeta Mellark and the majority of the other Hunger Games characters. However, two familiar faces — Mags and President Snow — were both alive during this time period and could make appearances.

Scholastic spokeswoman Tracy van Straaten declined to comment on the new book’s featured characters beyond what was described in the June 17 press release.

Will there be a new Hunger Games movie?

Although Lionsgate, the studio that released the four Hunger Games movies, has yet to announce that it has obtained the film rights to the prequel novel, it has reportedly been working with Collins throughout the writing process.

“As the proud home of the Hunger Games movies, we can hardly wait for Suzanne’s next book to be published. We’ve been communicating with her during the writing process and we look forward to continuing to work closely with her on the movie,” Lionsgate chairman Joe Drake recently told the Associated Press, seeming to indicate that there is in fact a movie in the works.

When will the Ballad of Songbirds and Snakes be released?

The Ballad of Songbirds and Snakes will be released in the U.S., Canada, the U.K. and Ireland, Australia and New Zealand on May 19, 2020. 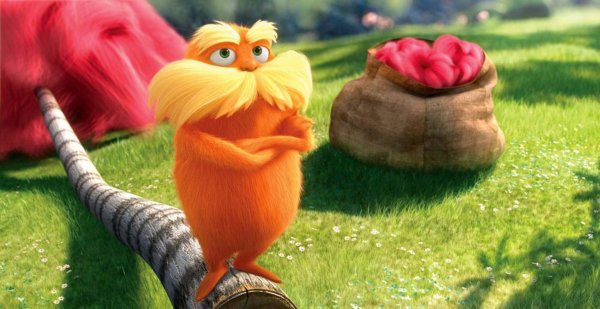 'A Tree Falls the Way It Leans.' Tree That Appeared to Inspire Dr. Seuss' The Lorax Falls
Next Up: Editor's Pick