Boeing is open to dropping the “Max” branding for its latest 737 jetliner, based on a global study it is conducting of consumer and airline responses to an aircraft name that’s been tarnished by two fatal crashes and a three-month grounding.

“I’d say we’re being open-minded to all the input we get,” Chief Financial Officer Greg Smith said Monday in an interview on the sidelines of the Paris Air Show. “We’re committed to doing what we need to do to restore it. If that means changing the brand to restore it, then we’ll address that. If it doesn’t, we’ll address whatever is a high priority.”

For now, executives insist they have no immediate plans to drop the Max name for something less controversial, such as the product numbers that marked earlier generations of the company’s best-selling aircraft.

The damage to the company’s own name, as well as its jetliner brands, is just one aspect of the crisis that Boeing teams are managing from a Seattle-area war room. Smith tunes in to daily phone calls with Chief Executive Officer Dennis Muilenburg and Greg Hyslop, who oversees the aerospace giant’s engineering corps. They’ve hired outside advisers to help with branding and technical matters, along with crisis-management experts Sard Verbinnen & Co.

While it’s up to global regulators to determine when the 737 Max will eventually fly again, Boeing is trying to anticipate and plan for every possible scenario related to the unprecedented grounding, which has triggered one of the worst crises in the planemaker’s century-long history.

The Chicago-based company knows that the ultimate success of its effort lies in winning back the confidence of travelers, particularly those skittish about Boeing’s best-selling airplane after 346 travelers died in two fatal accidents within a five-month span.

But it’s unfamiliar territory for a company more accustomed to wrangling with airlines, lawmakers and heads of state.

“How do you talk to that person in seat 17A,” Smith said. “At the end of the day, the Boeing brand is ours. We have to make sure we have enough time and resources to address the problem.” 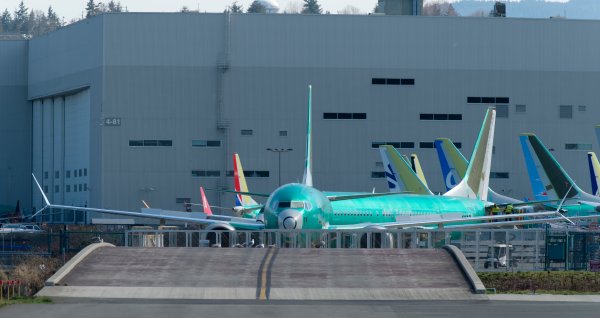 Boeing 737 MAX Will Fly Again by December: FAA
Next Up: Editor's Pick