Can Americans Hack Their Way Out of an Aversion to Exercise?

Slightly more Americans are meeting the federal physical activity guidelines than in years past, according to new data from the Centers for Disease Control and Prevention data. But overall rates are still low, with disparities across geographic areas—underscoring the important role communities play in their residents’ physical health.

As of 2017, about 24% of Americans met the federal physical activity guidelines, which recommend that adults shoot for at least 75 minutes of vigorous aerobic activity or 150 minutes of moderate aerobic activity a week, plus two muscle-strengthening sessions. That’s up from about 18% of people meeting both standards in 2008, and from 23% in 2015.

City dwellers were more likely than rural residents to get enough exercise, according to the new CDC data: about a quarter did, compared to a fifth of people in rural areas. That’s in part because urban environments tend to include sidewalks, bike paths and other resources that make it easier to combine transportation and activity, the report says. Taking public transportation also typically builds some physical activity into a commute, versus driving door to door.

But both rural and urban areas can do a better job of using and promoting local resources such as parks, paths and community centers, the CDC says—and doing so might be the secret to finally getting people to exercise enough.

Part of our affinity for inactivity goes back to our genes: humans are wired to avoid expending extra energy in order to conserve for physically demanding tasks like hunting and reproducing. Modern life also plays a part. The average employed person spends about eight hours a day working, in addition to child care, commuting, household responsibilities and sleep. Add in time for TV and social media, and suddenly devoting even 3% of your week to exercise—about the amount decreed by the federal guidelines—seems like a herculean feat. (A 2018 update to the these guidelines encouraged Americans to shoot for small chunks of movement, even if they can’t meet those benchmarks, but ideally people are hitting the original goals.)

Further, the western world isn’t set up for exercise. Architect and urban futurist Cindy Frewen says any meaningful effort to get Americans moving will have to focus on societal changes that fall into the six “STEEP-V” categories: social, technological, environmental, economic, political and value-based.

There are nearly limitless possibilities for technology, from things that already exist (like wearable tech) to more out-there ideas (like driverless cars equipped with mini gyms). Someday soon, hitting 10,000 steps on your Fitbit—or an implanted fitness monitor—could trigger an automatic financial reward from your insurance company. (Many insurers, including UnitedHealthcare and Oscar, already reward members for physical fitness, though typically not in such a streamlined way.) “Right now, we make bad health a cost,” Frewen says. “But what if wellness and happiness is actually a profit?”

Considering how much time most Americans spend at work, CEOs could be the most effective motivators. Joyce Gioia, a futurist who specializes in workplace issues, says companies can foster activity through mandatory vacation periods, enforced end-of-day times, and support of remote working and flexible schedules. “Let people take a break for an hour and a half and bike 20 miles, if they want to, and then work until 7 o’clock in the evening,” Gioia says. “People can better engineer their lives.”

Maybe the best strategy of all is making exercise so ingrained in daily life that it becomes automatic, says Sagar Shah, the planning and community-health center manager at the American Planning Association, a group that advocates for thoughtful community planning. Take Arlington, Va., which topped the American College of Sports Medicine’s 2018 American Fitness Index rankings of the 50 largest metro regions in the U.S. in part because of its exemplary funding for and access to parks, paths and green spaces. Thanks to 49 miles of safe paths, Arlington households make three times more trips by foot, bike or transit than other households in the D.C. region, according to a report from the county’s transportation and development department.

But Arlington is a wealthy suburb. Areas populated by lower-income groups tend to be less likely than average to get enough exercise. To make the strongest impact on population health, then, Shah says the focus should be on “providing more resources to people who need them, rather than providing equal resources to everybody.” In so doing, politicians and city planners could level the playing field and promote a world where exercise is universal, rather than a privilege of the time- and money-rich. 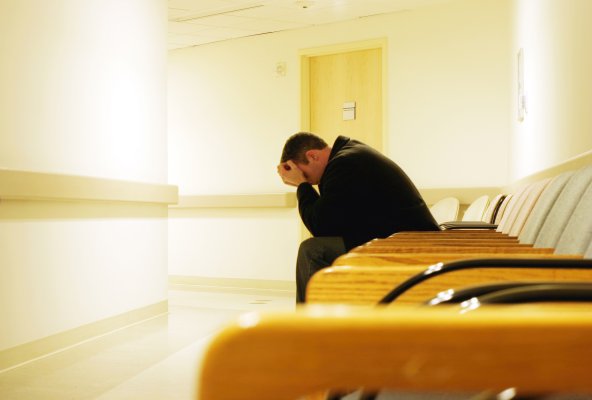 More Millennials Are Dying 'Deaths of Despair'
Next Up: Editor's Pick