'They're Traumatized.' Why a Police Shooting in Memphis Turned Into a Violent Protest

The violent protests that broke out in a Memphis neighborhood after police shot and killed a 20-year-old black man Wednesday show that officers need to be trained to act with restraint, say community leaders.

The Tennessee Bureau of Investigation (TBI) said officers with a U.S. Marshals Service task force opened fire on Webber after he rammed his car into the officers’ vehicles multiple times, then got out while armed with a weapon. The TBI said Webber was wanted on multiple warrants, but would not say what he was charged with.

“This happened in a residential community,” Pamela Moses, founder of the city’s Black Lives Matter chapter and a candidate for mayor, tells TIME. “A neighborhood, not the hood. They shot and killed someone while executing a warrant, they are supposed to be trained to apprehend without deadly force, but when it comes to us, we always have to die.”

The protest came one day after the Shelby County District Attorney’s office announced they were not seeking charges against a Memphis officer for the fatal shooting of unarmed 25-year-old Terrence Carlton in April 2018. Carlton had been named a suspect in two shootings and a robbery in the area, but body camera footage released showed he was unarmed.

Tami Sawyer, a Shelby County Commissioner and also a Memphis mayoral candidate, says she was in Frayser Wednesday night during the protests. In a Facebook Live video, she made reference to the 2018 police shooting: “We continue to have this cycle here in Memphis and it’s only going to get worse if we don’t address this now. People are hurting, people aren’t in the street for fun right now. They aren’t throwing rocks for fun, they are hurting. And until we have a city that mourns with people and not criminalizes them, that throws tear gas at people in their own neighborhoods, were going to see more and more of this.”

Moses says Webber would not have been killed if police had handled his arrest differently.

“I’m from the hood, I’ve seen warrants executed 100 times, I don’t remember people getting shot and killed for resisting. He was a boy, not even 25, if you can’t handle a boy without killing him, you’re not properly trained,” she says.

Family of 3 Killed by Tennessee Tornadoes

“The community right now is angry and traumatized, they just saw someone who looks just like them killed for no reason, they’re not just rioting, they’re traumatized.”

Moses says tensions were especially high because many in the crowd were related to Webber and were furious at his death.

“I tried to get some kids to stop throwing bricks but they wouldn’t listen,” she says. “They were upset and I would be too if it was my child. Everyone there knew this young man and loved him. He has a huge family, they were predominantly his relatives and family of his child’s mother. These people knew him.”

Moses says she does not believe the situation will get any better soon until there are answers as to why Webber’s death played out the way it did.

“This situation is pretty bad, in fact the children were chanting “Fuck 12” [a slang for police] because they’re sick of the violence. They say “Fuck 12” because there is no respect from the community side or the law enforcement side. When they see us, they think they can kill us and use deadly force instead of doing their job.” 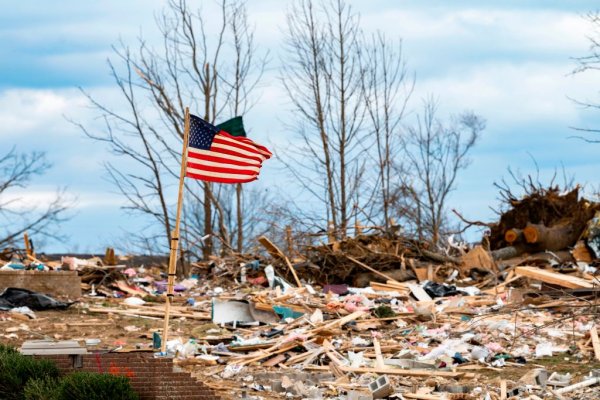