The E.U. Is Unraveling. The Capital Gets That Better Than Most

Europe is in a precarious state at the moment: Britain is fumbling toward Brexit, terrorist attacks have wreaked havoc on several cities, another economic slowdown looms. In order to combat these challenges, the European Union has been working diligently to … Wait, what does the E.U. do, exactly?

The Capital, an ambitious novel by the Austrian writer Robert Menasse, aims to provide an answer–or at least explain why the question itself is so difficult. The newly translated book won the 2017 German Book Prize and was a best seller there. It blends many genres–the murder mystery, the workplace farce, the criminal’s escape–as it sprawls across the Continent and into the past, with threads racing through Polish restaurants, pre-Hitler German sports shops and sun-scorched Greek isles. The 400-page novel, set primarily in the E.U.’s de facto capital, Brussels, is neither breezy nor orderly. But it presents a brutally funny and exhaustive tableau of both a continent in transition and the organization straining to hold it together.

The Capital‘s characters are as multinational as the E.U. itself. Mateusz Oswiecki, an ascetic Polish assassin, flees an omniscient and shadowy entity, while the aging Holocaust survivor David de Vriend stews in a retirement home. Inside the halls of the E.U. offices, the weary Viennese bureaucrat Martin Susman attempts to dislodge himself from the mountain of work placed upon him by his boss Fenia Xenopoulou, a relentless career climber trying to outrun her hardscrabble Cypriot roots.

Many of the characters never meet, but their story lines converge in astonishing, thematic ways. Europe’s traumas, particularly World War II, weigh heavily on all of them; decisions and details from decades past affect the present like “a wave from the ghosts of history, a shard unearthed in an archaeological dig.”

The plot occasionally gets bogged down in granular detail. But Menasse writes with a wry, self-deprecating touch. He turns what might have been a dry lecture into a teeming epic that brings to multitextured life a continent undergoing an identity crisis. 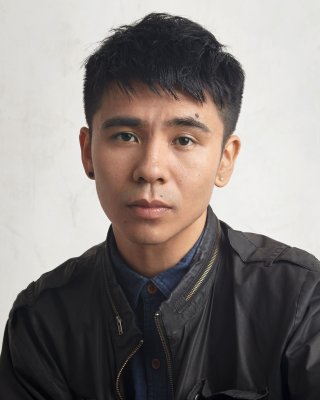 On Earth We're Briefly Gorgeous Is a Daring Tale of Queer Love and Pain
Next Up: Editor's Pick