Haddon puts a modern spin on Pericles in The Porpoise.
Charles Moriarty
By Nicholas Mancusi

The Porpoise opens with action. The new novel from Mark Haddon, whose 2003 hit The Curious Incident of the Dog in the Night-Time was the basis for a Tony-winning play, begins with Maja, pregnant wife of the superwealthy Philippe, going down in a small plane in rough weather. Her life is lost, but the baby is saved. “He will call her Angelica. He will never remember the name he and Maja chose.” The tragedy of his daughter’s birth twists Philippe’s love for his child into a monstrous obsession that turns into sexual abuse. He withdraws them from society, hiding at the family mansion, Antioch, until a young man named Darius stumbles upon Philippe’s crimes and decides to free the girl.

This is a fine start, told with arresting detail. But after 70 pages, the story takes a hard turn into the unreal. Darius, fleeing Philippe on a yacht, awakens after a sickness to find that he has transmogrified into Pericles of legend. The yacht now a sailing vessel, we are transported back to the age of heroes. Angelica, who may be imagining what follows in a kind of delirium, is largely forgotten by the story, as it departs her to follow Pericles around the Mediterranean. A famine is lifted, a gladiatorial tourney won, and a family is made, lost and reunited.

Haddon has borrowed his structure from the play Pericles, Prince of Tyre, co-authored by Shakespeare and, many argue, another loutish dramatist, George Wilkins–both of whom appear as characters. They, in turn, borrowed from the Greek legend of Apollonius. All forms of the story open with the hero learning the incestuous secret of the king of Antioch. Haddon is clearly unsettled by the conceit of an abused girl serving as catalyst for male heroics, and, unsettlingly, he repeats it. But later, female characters like Pericles’ wife and daughter become the most interesting. Haddon writes with wrenching beauty about how the world inflicts itself on the disadvantaged. Reflects one character: “The story is still cruel and unfair, but she knows now that life can be cruel and unfair.”

All of this may sound like a recipe for an uneven novel. But it’s a testament to Haddon’s prodigious gifts as a storyteller that this strange, epic adventure is so compulsively readable. And it’s only because the pages that focus on Angelica are so gripping that we miss her dearly when she’s gone so soon. 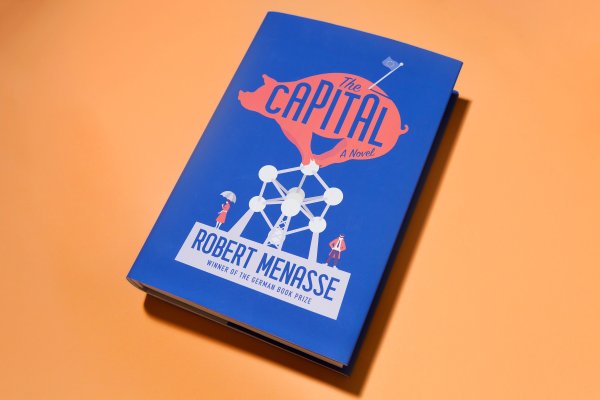 The E.U. Is Unraveling. The Capital Gets That Better Than Most
Next Up: Editor's Pick