In HBO’s Bleak Gen Z Drama, Euphoria Is the Opposite of Happiness

Zendaya in a scene from the HBO show Euphoria.
Eddy Chen—HBO
By Judy Berman

Gen Z is sad–or so their elders have heard. And it isn’t just teen angst. Too young to remember 9/11, they had relatively peaceful childhoods that have given way to existential struggles on both political and environmental fronts. Adults haven’t been much help. We haven’t meaningfully addressed the sources of their stress–like school shootings–but we have capitalized on it with moody Burger King commercials and anhedonic hitmakers from Billie Eilish to Lil Uzi Vert.

Teen TV these days can be dark too. Riverdale and Chilling Adventures of Sabrina are Archie Comics twisted by murder, organized crime and the occult. In an apt metaphor for kids fighting a generational war, Marvel’s Runaways battle their own villainous parents. Netflix’s controversial 13 Reasons Why helped make teen suicide a YA talking point. But Euphoria, an extremely TV-MA series that premieres June 16 on HBO, may be the first teen drama to fully exploit the Xanax-numbed aesthetic that defines Gen Z in the popular consciousness.

Its creator, writer and most frequent director is Sam Levinson, the filmmaker behind last year’s indie Assassination Nation, a tale of teen girls, social media and revenge. Similar elements suffuse the morose Euphoria, which stars actor-singer-author-activist Zendaya as 17-year-old drug addict Rue Bennett. Fresh out of rehab, she has no intention of staying clean; years of depression have convinced her that chemically induced oblivion is her best-case scenario.

Upon returning to school, where some of her peers are surprised she isn’t dead–and tell her so–Rue finds a kindred soul in new kid Jules (model and activist Hunter Schafer), an artsy trans girl with an equally sad backstory and dreams of becoming a fashion designer. As Rue numbs herself with drugs, Jules escapes into risky hookups with older men she meets on a queer dating app. So fierce is their attachment that they often sleep in the same bed. It’s a credit to both actors that the characters’ relationship feels so pure; I only wish we got less of diffident Rue’s solitary wanderings and more of the girls together.

Around them, a constellation of classmates have destructive coping mechanisms of their own: Alpha jock Nate (The Kissing Booth’s Jacob Elordi) channels his repression into cruelty. Outcast Kat (Barbie Ferreira, a model and body-positivity activist who starred in Vice’s How to Behave) finds a dangerous outlet for her sexuality online.

Teens love to think of themselves as tragic and jaded, so Euphoria will surely find fans, particularly young ones. But the prevalence of politically active young women in its cast alone suggests it undersells kids’ optimism and engagement–traits teen hits such as Sex Education and Grown-ish embrace. In fact, aesthetics aside, Euphoria reminds me of the bleak fare 30-somethings like Levinson and I grew up with: Kids. Cruel Intentions. Thirteen.

The difference is that those stories’ writers weren’t much older than their characters. Though its heroine is informed by Levinson’s youth, Euphoria’s nihilism feels as contrived as a Burger King ad. Rue sighs, at one point, over people seeking “something to make it all seem meaningful.” If only Euphoria were wise enough to do the same. 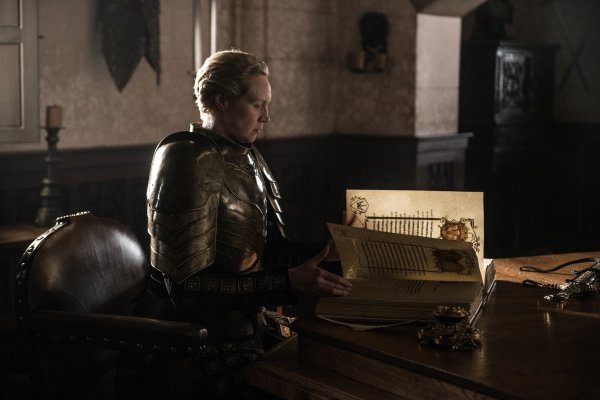