After a helicopter crash landed on a midtown New York City building, killing the pilot, on Monday, the National Transportation Safety Board (NTSB) has launched an investigation into the incident.

Doug Brazy, an NTSB safety investigator, held a media briefing from the crash site on Tuesday. There, he said that the NTSB should have a preliminary report in two weeks as they continue to investigate the site and talk to witnesses.

“Several witnesses have already been interviewed including the passenger on the previous flight, staff at the 34th street helipad with more witness interviews ongoing now and planned,” Brazy said at the press conference.

According to Brazy the pilot, Tim McCormick, 58, took off from the 34th street heliport in Manhattan Monday afternoon after dropping off a passenger. McCormick was likely taking the helicopter back to its base in Linden, N.J.

Shortly after taking off, the helicopter hit a 54-story building on Seventh Avenue, in an area where flights are restricted, according to Brazy.

It is still unclear what caused the crash. In the press conference, Brazy said that the helicopter did not have any kind of flight data recorder, but that it’s possible that McCormick tried to make radio calls during the flight. Because it was so cloudy in the city, weather could also be a factor in the crash.

“It is certainly one of the most interesting concerns we have,” Brazy said in the press conference.

McCormick was a former fire chief in New York and had over 10 years of flying experience, according to the AP and a Facebook post by the East Clinton Fire Department, where he volunteered.

“Tim’s technical knowledge and ability to command an emergency were exceptional. Chief McCormack was extremely respected by not only the members of the department, but throughout the Dutchess County fire service,” the post said. 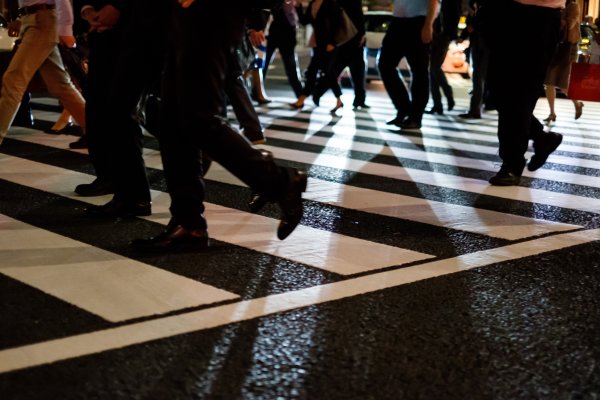 New York Lawmakers Considering a Ban on Reading This Article While Crossing a Street
Next Up: Editor's Pick