Can a Small-Town Mayor Run as the Foreign Policy Candidate in 2020?

Pete Buttigieg typically campaigns in shirtsleeves. But on Tuesday, the mayor of South Bend, Ind., wore a jacket and tie.

The change in wardrobe signaled a dramatic shift in approach, as the Democratic presidential candidate delivered one of the first major foreign policy speeches of the 2020 campaign in an attempt to seize the high ground on the issue.

Standing in front of a row of flags at Indiana University, Buttigieg outlined a vision of American foreign policy based on military restraint, with an emphasis on what he called “climate diplomacy” and a call to repeal what he called Congress’s “blank check” for military force.

The only top-tier contender to serve in the military after the Sept. 11 attacks, Buttigieg rooted his foreign policy agenda in the same broad theme that has animated his surprisingly successful campaign: the need to turn the page to a new generation of leadership, and to think about the future in terms of decades, rather than years.

“I often speak of the need for our politics and policies to contemplate the year 2054, the year in which I hope to retire, after reaching the current age of the current president,” he said. “Thinking about the world three to four decades from now is exactly how we need to compete with countries like China, because that is how they are thinking, planning, and investing.”

Unlike the 2008 primary, when the Iraq war was heated topic for Democrats, foreign policy has not been a major issue in the presidential primary so far and it ranks lower on the list of voter concerns according to polls.

But it is an area of expertise for current frontrunner, former Vice President Joe Biden, a former chair of the influential Senate Foreign Relations Committee, who Buttigieg would need to draw votes from to succeed in the primary.

Although his approach would contrast with President Donald Trump, Buttigieg didn’t say much that was radically different than his Democratic rivals. Like many of them, he criticized the broad use of force in the post 9/11 wars, called out the President for “exchanging love letters on White House letterhead with a brutal dictator,” admonished the Israeli government (while still calling them an ally) and embraced climate change as a top priority.

Many of these are standard Democratic foreign policy positions that his competitors also support. Vermont Sen. Bernie Sanders has long boasted of voting against the Iraq war. Biden, who voted for that war, has a long track record of protecting American alliances. In a speech last year, Massachusetts Sen. Elizabeth Warren called for protecting American workers and reforming Defense Department spending. And California Sen. Kamala Harris has criticized Trump for conducting “foreign policy through tweets.”

Buttigieg, who served as a Navy intelligence officer in Afghanistan in 2013, criticized the foreign policy decisions that sent him overseas, saying that the wars caused “collateral damage to our national moral authority,” and that Congress “abdicated its responsibility on issues of war and peace.”

“We should never again send troops into conflict without a clear definition of their mission and an understanding of what comes after,” he said.

But if Buttigieg didn’t radically depart from traditionally liberal foreign policy goals, he did attempt to frame them in a coherent framework about America’s role in the world. “Since the election of the current president, the United States has hardly had a foreign policy at all,” he said. “And lest that seem like a partisan jab, I should acknowledge that for the better part of my lifetime, it has been difficult to identify a consistent foreign policy in the Democratic Party either.”

“We need a strategy,” he said. “Not just to deal with individual threats, rivalries, and opportunities, but to manage global trends that will define the balance of this half-century in which my generation will live the majority of our lives.”

The mayor of a medium-sized Indiana city stopped short of outlining a “Buttigieg doctrine,” but he did lay out his agenda, which he said is rooted in “American values, American interests, and American relationships.” His framework has five main pillars: ending the “endless” post-9/11 wars, reversing the rise of authoritarianism, treating climate change as an “existential security challenge,” updating foreign policy structures for the 21st century, and rooting foreign policy decisions in how they will affect ordinary Americans.

He also pointed out that despite the trillions of dollars spent on combating extremism abroad, crime statistics show that homegrown white nationalism is far more dangerous to the average American.

“In the past decade more Americans have been killed by right-wing extremists than those inspired by al Qaeda or ISIS,” he said, calling to “redirect appropriate resources to combat right-wing extremism and violent white nationalism.”

Still, Buttigieg’s attempt to seize the foreign lane may not do much to move his poll numbers, which currently hover around 7%. In a Gallup poll of the issues most important to most Americans, only 1% of Americans said they thought foreign policy was the most important problem facing the country. 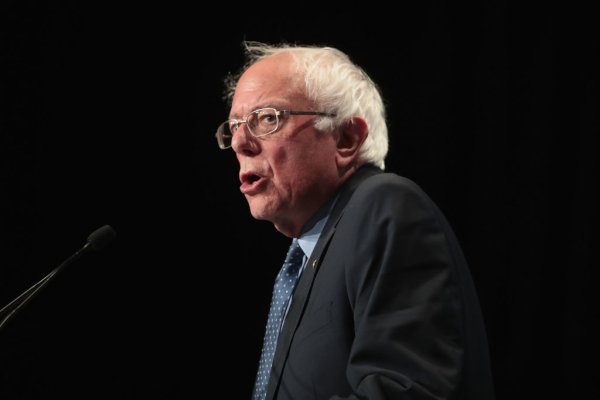 Nearly 40% of Americans Think Presidents in Their 70s Are Too Old
Next Up: Editor's Pick