A firefighter displays a dose of naloxone, which the department uses to treat opioid overdoses, in Rockford, Ill., on July 14, 2017.
Scott Olson—Getty Images
By Jamie Ducharme

After years of sharp increases in fatal drug overdoses in the U.S., provisional federal data provide reason for cautious optimism. The drug overdose death rate dropped slightly between 2017 and 2018, according to the new estimates, after two decades of near-constant upticks.

Between 1999 and 2017 the age-adjusted overdose mortality rate increased from 6.1 to 21.7 deaths per 100,000 people, according to federal data. According to data released June 11 by the Centers for Disease Control and Prevention’s National Center for Health Statistics (NCHS), that number dropped to an estimated 20.8 deaths per 100,000 for the 12 months ending in the second quarter of 2018. That figure isn’t final, and it shows only a modest downturn in drug deaths, but it’s still an encouraging sign after decades of snowballing substance use.

“It’s a good hint of what’s coming,” says Jane Maxwell, a professor at the University of Texas at Austin’s Addiction Research Institute. “You won’t get the final rate for several years, but it’s a wonderful tool because it shows you something seems to be happening.”

NCHS estimates first showed signs of a decline in overdose deaths last year. And back in 2014, researchers from Columbia University’s Mailman School of Public Health predicted that drug overdose deaths would peak in 2017, then decline progressively until they hit pre-epidemic levels seen in the 1980s around 2034.

One of those Columbia researchers, epidemiologist Dr. Guohua Li, says the new estimates are a good indication that their prediction, which was based on an epidemiological modeling method called Farr’s Law, was correct.

“It’s not a surprise to us,” Li says. “Our prediction model did not account for the overdose hike driven by fentanyl overdoses, but, still, the pattern and trajectory of the opioid epidemic has generally held up quite well.”

Li says a number of legislative and public-health strategies have likely contributed to the recent downturn, including the federal declaration of a public health emergency in 2017; expanded access to opioid-overdose-reversing naloxone and medication-assisted treatment; and substance abuse prevention programs at the federal, state and local levels.

Maxwell agrees that these strategies, as well as better control and prescribing of opioid painkillers, have helped curb rates of fatal opioid overdoses, which has helped bring down the total drug overdose death rate. But she cautions that it’s too soon to sit back and relax—especially since death rates associated with drugs such as cocaine and methamphetamine are on the rise in certain areas, including her home state of Texas.

“We’re so involved in heroin and other opioids that we’re not looking at the other drugs,” Maxwell says. “There are other drugs that we also need to be watching.”

Still, Maxwell calls the new estimates “hopeful,” and says they provide early proof that interventions against substance abuse can work.

“It shows that we are beginning to really look at what was causing these deaths,” she says. “People are more aware.” 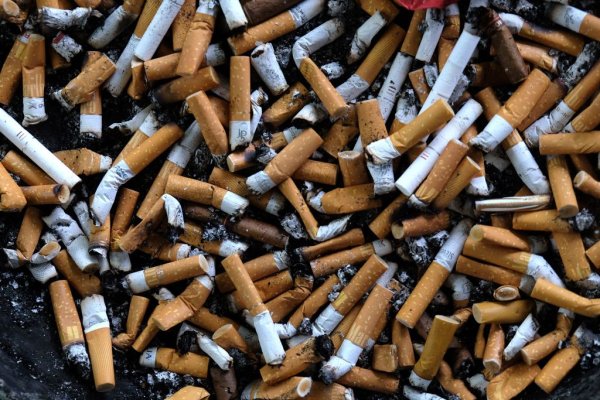 Momentum Growing for Raising Smoking Age to 21
Next Up: Editor's Pick