The U.S. State Department expressed “grave concern” over a proposed law in Hong Kong that would allow extraditions to mainland China, warning that the move could further undermine the city’s freedoms and damage its business environment.

Ortagus spoke after opposition to the proposal sparked one of the biggest protests Hong Kong has seen since 1997, with organizers reporting more than 1 million people turning out on Sunday to demand the plan be abandoned. Police put the figure at 240,000. If the proposal is passed, it could for the first time mean that by law Hong Kong residents might face justice in Chinese courts.

The proposed change “could damage Hong Kong’s business environment” and subject U.S. citizens to “China’s capricious judicial system,” Ortagus said. She highlighted what she called the continued erosion of Hong Kong’s “one country, two systems” framework, under which citizens are guaranteed rights not afforded to mainland Chinese citizens.

Hong Kong’s Beijing-backed leader, Carrie Lam, defended the bill in a news briefing earlier on Monday, saying it was necessary to prevent the city from becoming a “haven” for fugitives and vowing to press ahead with its passage. China endorsed her government’s efforts later in the day. 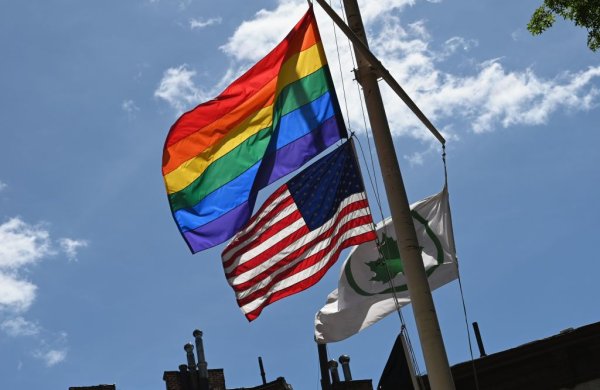 Despite Denials, U.S. Embassies Are Celebrating Pride
Next Up: Editor's Pick