Joe Biden Dropped His Support for the Hyde Amendment. Here's How It Became a Flashpoint on Abortion

For years, the Hyde Amendment represented a rare point of bipartisan consensus on abortion in Congress, with lawmakers from both parties agreeing that taxpayer money should not be used to fund abortions, with some exceptions.

But with abortion rights supporters increasingly concerned about the future of Roe v. Wade, that consensus is over.

That became even more clear this week, as Democratic presidential frontrunner Joe Biden abruptly dropped his longtime support for the Hyde Amendment amid harsh criticism from other candidates, citing restrictive new laws passed by Republican-led states such as Alabama and Ohio.

“If I believe health care is a right, as I do, I can no longer support an amendment that makes that right dependent on someone’s ZIP code,” he said, adding that he had “no apologies” for his previous position.

Biden’s reversal all-but cements the new division between Republicans and Democrats on the issue. The 2016 Democratic platform called for undoing the Hyde Amendment, which is added as a rider to spending bills, while an unsuccessful Republican-led effort in 2017 sought to codify it into its own law.

Here’s a closer look at how the Hyde Amendment became a litmus test for abortion rights among Democrats.

What is the Hyde Amendment and how does it work?

In general, the Hyde Amendment is a rider added to spending bills which limits the federal government from paying for abortions.

The current version of the Hyde Amendment blocks federal programs such as Medicare and Medicaid, the Indian Health Service and the Children’s Health Insurance Program from paying for abortions, except if the woman’s life is in danger or in cases of rape or incest.

The largest number of women affected are those enrolled in Medicaid, a state-and-federal program that provides health insurance for low-income people. States are permitted to use their portion of Medicaid funding for abortions, but many do not.

The Hyde Amendment is named for Illinois Republican Rep. Henry Hyde, who successfully added it to a Medicaid bill in 1976, just three years after the Supreme Court affirmed abortion rights in Roe v. Wade. At the time, Medicaid paid for about 300,000 abortions per year, according to research from the American Civil Liberties Union.

Abortion rights supporters challenged the measure, but it was upheld by the Supreme Court in 1977 and 1980. Versions of the amendment have been added to legislation ever since.

Who does the Hyde Amendment affect?

Khiara Bridges, a Boston University law professor who specializes in reproductive rights and constitutional law, told TIME that the Hyde Amendment particularly affects the most vulnerable Americans –– poor women, who are disproportionately women of color.

For women on Medicaid whose abortions aren’t covered, paying for the procedure may mean resorting to “desperate measures,” such as selling off belongings, borrowing money or even engaging in prostitution, Bridges says.

Without insurance, an abortion in the first trimester of a pregnancy can cost from $350 to $950, according to Planned Parenthood. However, a later abortion can cost much more.

“For a person with class privilege, that means whipping out your credit card, picking up an extra shift or two at work. But for a person who is indigent, it often means forgoing basic necessities. You’re talking about not eating because you’re trying to save up the money for an abortion,“ Bridges says.

Why did Joe Biden support the Hyde Amendment?

The Hyde Amendment retained support for decades because it was popular among Republicans as well as moderate Democrats.

Mary Zeigler, a law professor at Florida State University and the author of After Roe: The Lost History of the Abortion Debate, told TIME that President Bill Clinton attempted to revoke the measure in 1993 but was blocked by the Democratic-controlled House and Senate.

Ziegler says that many Democrats empathized with “conscientious objection claims” –– the idea that people who were against abortion shouldn’t be forced to pay for it with their tax dollars.

Historically, abortion rights supporters were more concerned with protecting the legality of abortion, and the Hyde Amendment became less of a point of contention.

“I think it was less of a priority, in part, because obviously the Hyde Amendment only affected poor women who weren’t as politically influential,” Ziegler says.

Biden has changed his position on the issue during his long tenure in the Senate.

In 1981, he supported a constitutional amendment that would enable states to overturn Roe v. Wade. In his 2007 book, Promises to Keep, he wrote that while he is “personally opposed to abortion,” he didn’t feel he had the “right to impose [his] view on the rest of society.”

He said at that time that he would not support federal funding for abortion, but he was against a constitutional amendment to prohibit the procedure.

What do other 2020 Democrats say about the Hyde Amendment?

The Hyde Amendment has become a “litmus test” for Democratic candidates’ stance on abortion, Ziegler says.

Some of the candidates pointed out that they’ve been against the law for years. Vermont Sen. Bernie Sanders noted that he has “consistently voted” against the provision, and Washington state Gov. Jay Inslee said that he voted against it in 1993.

What has been the Hyde Amendment’s influence?

Even if the Hyde Amendment is revoked, Ziegler and Bridges say that the provision has had a major influence on the anti-abortion movement.

Bridges says that the amendment also provided “guidance” to states that wanted a straightforward way to curb abortion funding.

“It’s been very impactful as a model of how funds can and should be spent on abortion care,” he said.

Ziegler said that the amendment showed the anti-abortion movement early on that there were other ways to limit access to abortion without mounting a direct attack on Roe v. Wade.

“For years, the anti-abortion movement’s strategy has been to kind of chip away at Roe and limit access, instead of the more direct attacks that we’ve seen lately. And the Hyde Amendment was the first successful attempt to do that, and it created a road map that really lasted for decades,” says Ziegler. 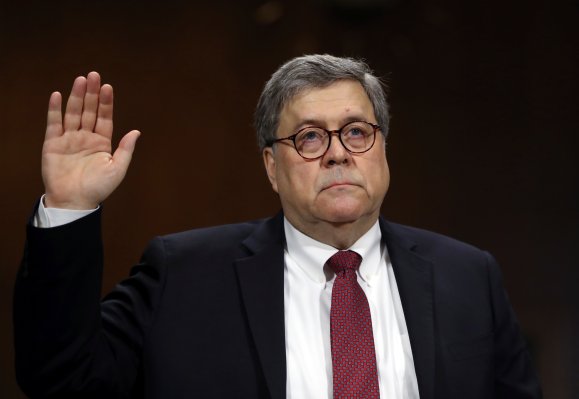