Detroit Police have arrested a person of interest in their hunt for a possible serial killer who may have killed least three women in the last three months.

Kenneth DeAngelo Martin, 34, who police described as homeless, was taken into custody on Friday, hours after Detroit Police Chief James Craig released a photo of Martin asking the public for any information on his whereabouts.

On Monday, Craig said that police are still actively investigating the case but based on work, they believe “this suspect is tied to all the crimes.”

Wayne County Prosecutors Office charged Martin in the May 7 non-fatal stabbing and sexual assault of a 26 year-old woman, the only victim that police said “deviated” from the suspected serial killer’s M.O of targetingsex workers in their 50s.

Craig said police spoke to another woman who was attacked on June 3 and survived. She was assaulted in the same vacant building the third victim was found dead on June 5. Police described her as a woman in her 50’s who possibly was involved in sex work.

“Were confident he’s connected to all the cases we’ve described” Craig told reporters. Martin has not yet been charged with the homicides, but Craig said police anticipates he will soon.

Craig told reporters on Friday that police were still working on identifying the third victim. Craig described the victim as a 52 year-old, five foot tall, 100 pound African–American woman. He says her body was discovered 3-4 days after she died.

All the deceased victims were found in vacant homes.

“We’re not trying to create fear in the community,” Craig said. “But it is a pause for concern for the sex workers who are out in our community engaged in sex acts. Right now it seems the suspects is targeting sex workers who engage in illicit sexual acts in vacant dwellings.”

Mel Baggett, the president of Night Angels, a Christian nonprofit that works with sex-trafficking victims in the Detroit area, says the women being targeted are particularly vulnerable.

“Because society looks at them in such a minimalist way, they are targets for hate crimes, beatings, assaults and rape,” he says. “These men say ‘Oh, she’s just a hooker, just a person on the street,’ so these people are victimized all the time.”

The first victim was found on March 19 on Detroit’s east side. Craig said that police discovered the decomposing body of a woman in a vacant building, but initially believed she had died of an overdose. Craig said on May 20 the medical examiner determined that the woman had actually died from blunt force trauma.

Then on May 24, police discovered the body of a second woman partially clothed in a vacant home. While the medical examiner has still not determined her cause of death, Craig said aspects of the crime are similar to the first, so there was “cause for concern.”

Then on June 5, a third woman’s body was discovered in a vacant building in the same area by a fellow sex worker. According to Craig, based on the investigation “It appears that this is a suspect who is targeting sex workers.”

He added he would not give further details as to why police believe the three deaths were linked, but said evidence from the investigation is consistent with just one suspect having committed the three murders. As of Thursday, police have not identified or released photos of the victims.

Detroit ranks as one of America’s most dangerous cities, with 267 killings in 2017, according to the FBI. The Detroit Police Department has also struggled with staffing shortages in recent years.

Baggett says news of a potential serial killer has brought attention to women on the streets of Detroit. But, there needs to be more awareness of how women end up in sex work in the first place to prevent this kind of violence from happening.

“This case is getting notoriety because police pieced it together, it could very well be a serial killer,” he says. “But we see this ugliness all the time, our friends getting assaulted, murdered, raped, robbed… The Detroit police are becoming enlightened to these issues and changing their perspective, but society in general are not.” 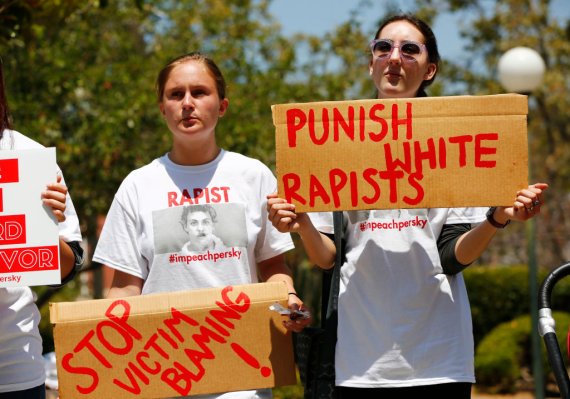