How the Jonas Brothers Grew Up and Got Cool

In addition to their new album, Happiness Begins, out June 7, the Jonas Brothers (above, from left, Joe, Kevin and Nick) released a documentary this month and are working on a memoir
Peggy Sirota—Umusic
By Raisa Bruner

The Jonas Brothers aren’t the first boy band to make a comeback play. New Kids on the Block broke up for 13 years but have been back together touring for the past decade; meanwhile, the U.K.’s Take That is still one of the most popular acts across the pond, despite member shake-ups over the years. The Backstreet Boys put out a No. 1 album in January and just wrapped a Las Vegas residency. Even the Spice Girls, arguably the biggest girl group of the ’90s, are in the midst of a reunion tour, sans Posh Spice. But all these groups have one thing in common: they’re trading on nostalgia, filling set lists with early hits and pandering to fandoms that first fell for them in their heyday.

Nostalgia might be gratifying, but that doesn’t make it cool. The Jonas Brothers’ secret weapon is that the first time they were pop superstars, they weren’t all that cool. When they launched in 2005, the three teenage brothers–Nick, Joe and Kevin–were pastor’s kids from Wyckoff, N.J., who made guitar pop that earned them a spot in the Disney fold, starring in original movies like Camp Rock and, eventually, their own Disney Channel series, Jonas. Their four albums were beloved by kids and tweens, but less so by the mainstream pop establishment; the band never had a No. 1 single. After they split, Nick found success as a solo artist with steamy R&B tunes like “Jealous”; Joe fronted the pop-rock outfit DNCE, notching a monster hit with the song “Cake by the Ocean”; and Kevin started a family with his wife Danielle and began working in real estate. The boys grew up. So did their fans.

Growing up is a hard thing for pop stars to do, especially those who emerge from the big machine of children’s-entertainment behemoths like Disney and Nickelodeon. The Jonas Brothers’ contemporaries, like Miley Cyrus and Demi Lovato, have navigated tricky territory as they matured in the spotlight, trying to earn musical bona fides while shedding their family-friendly public personae. By pursuing solo enterprises, Nick, Joe and Kevin each managed to find a groove independently, even if they drew attention for their personal lives as much as their projects: Nick tied the knot with actor Priyanka Chopra last year, and Joe wed Game of Thrones star Sophie Turner this spring. They became celebrities in their own right, trading purity rings for wedding rings.

Which might be why their first single together in over a decade, “Sucker,” released in March, ended up marking a high-water point in their career, both in terms of its casual swagger and its commercial success: it was the band’s first No. 1 single. Produced by OneRepublic front man Ryan Tedder, who’s helmed hits for everyone from Taylor Swift to Beyoncé, the song sounds more like an earworm Maroon 5 might release than something you’d hear on Radio Disney. It’s adult, confident, even sexy. (So is the music video, which starred all three brothers’ wives; it’s up to over 146 million views on YouTube.) For their new album, Happiness Begins, out June 7, they tapped more pop hitmakers, including Max Martin and Greg Kurstin; it’s a bid for the Top 40 jugular more than a nostalgic cash-in. They seem, authentically, to be having fun. “Coming back together wasn’t because they needed it,” says their longtime manager Phil McIntyre. “They came back together because they missed doing it together.”

It’s an impressive feat for a band that might have seemed doomed to go the way of Hanson, but it’s also a testament to the public appetite for something that feels at once new and familiar that the Jonas Brothers have managed to pivot so effectively into a grownup pop group. “Sucker” is just the beginning. They quickly followed it up with a song called–what else?–“Cool.” 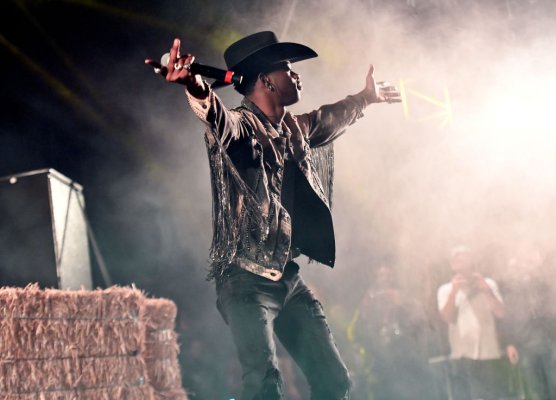 Here Are Our Predictions for the Song of Summer 2019
Next Up: Editor's Pick