Japan’s health and labor minister said Wednesday that it is “necessary” for companies to make women wear high heels at work, the BBC reports.

Speaking to parliament Wednesday, Tamuki Nemoto defended of the gendered footwear practice, which women throughout the country have been campaigning to change.

Nemoto’s comments were made in response to a petition submitted the previous day asking his ministry to ban companies from requiring women to wear certain kinds of shoes to work.

“It is socially accepted as something that falls within the realm of being occupationally necessary and appropriate,” he said.

The BBC reports that another lawmaker, Kanako Otsuji, called the rules “outdated” during the same meeting.

The petition, which had over 23,000 signatures by Wednesday, was started by model and actress Yumi Ishikawa after a Tweet she posted about the issue in January received thousands of retweets and comments.

She took advantage of the momentum and created the hashtag #KuToo to represent the movement (in Japanese “kutsu” means shoe and “kutsuu” means pain). Her campaign sparked a nationwide debate.

The topic has also received attention in other countries. In the U.K., a petition started by Nicola Thorp called on the British government to make mandatory high heels illegal. It received more than 150,000 signatures and led the government committee to determine that company dress codes must be “reasonable.” 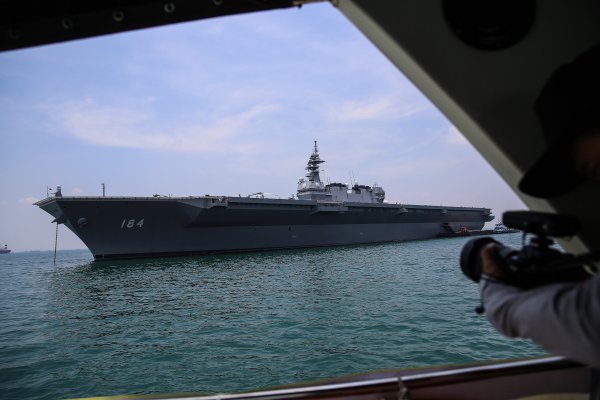 President Trump Visited Japan's Biggest Warship Since World World II. Here's What to Know About the JS Kaga
Next Up: Editor's Pick