Activists Ramp Up Pressure on Congress to Start Impeachment Hearings

Liberal activists are ramping up pressure on Congress to start impeachment hearings on President Donald Trump, despite continued reservations from Speaker Nancy Pelosi.

Progressive groups such as Credo, Stand Up America and Move on are calling for House Democrats to take action at the same time that a growing minority of the caucus has spoken up in favor of impeachment.

Activists say their goal is to persuade voters, who can then pressure lawmakers.

Stand Up America announced a national campaign last month to push for impeachment hearings. The group claims that it has a membership of 2.4 million people and that, since the launch, they have used that base to mobilize 25,000 constituent calls to Congress. Now, as more members of Congress call for an impeachment inquiry, they are pushing further with their efforts.

The second phase of their advocacy includes a website and digital advertisements to pressure members of Congress to openly support an inquiry. The website, StandUpCongress.com, allows visitors to schedule meetings with congressional offices to push for impeachment hearings. The group has also formed an online tracker showcasing members of Congress’ positions, and plans on running targeted digital advertisements on Facebook laying out their case.

“It’s time for Congress to have the courage to defend our constitution and hold Trump accountable for his criminal conduct,” one of the ads reads.

An aide to the group declined to provide monetary figures for the digital ad spending, but estimated they were in the five figures.

The group’s latest announcement is yet another illustration of the unrest growing among the Democratic grassroots. Earlier this week, a dozen progressive groups penned a letter to Pelosi expressing “deep disappointment and concern” over her handling of the impeachment question. A group backed by Democratic mega-donor Tom Steyer, who has been touting impeachment for nearly two years, started its own impeachment tracker, and sent activists to visit dozens of congressional offices over the Memorial Day recess.

The heat also seems to be manifesting itself on the campaign trail, where nearly half of the 24 Democratic presidential candidates have called for impeachment proceedings. But it hasn’t yet reached Pelosi.

“I’m not feeling any pressure,” she told reporters Thursday during her weekly briefing, pushing back against the narrative that her party was divided on this issue.

Her outlook represents a careful political calculus. While the numbers of lawmakers who support an impeachment inquiry is growing, they still only represent roughly a quarter of the caucus as a whole. That number is not lost on Pelosi, who is notorious for her ability to count votes.

She’s also well aware of the fact that the Democrats’ victory in the midterm elections last year largely hinged on prevailing in moderate districts, where impeachment is less popular. And, as she’s pointed out several times, Democrats are winning the battle in the courts, where the Administration has twice sued to block subpoenas, and lost both times.

These arguments, however, don’t pass muster with the party’s liberal wing.

“Any member of Congress who isn’t feeling the pressure on impeachment hearings,” said Eldridge, “isn’t listening.” 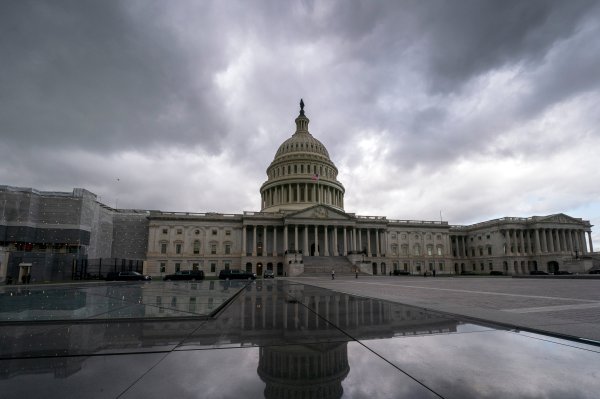