Humans may be the only mammals that strap on flyknit, lightweight running shoes, short shorts, and chug electrolyte-enriched water, but humans aren’t the only mammals that like to run. So it makes sense that when a (human) jogger was hitting the streets one morning in Oak Park, Mich., that he was joined by some other runners who just happened to be deer.

The human jogger Jared Wein Jaws was out for a morning run when he noticed he had a few companions—a group of deer running along behind him. Presumably guessing that no one would believe him, he grabbed his phone and shot a video of his morning jog, holding the camera over his shoulder. Sure enough there were three deer running along behind him, getting a little cardio before breakfast. “This is my parade,” Jaws says in the video. “These are my pets. Sunday morning fun run!” The deer jog behind Jaws, keeping up the pace, perhaps showing that the inevitable Dances With Wolves reboot should be Running with Deer.

Jaws sent the video to local news outlet WXYZ Detroit, telling the outlet that the deer kept up with him for at least a half mile. WXYZ then posted the video on their Facebook page, making every runner who doesn’t have a parade of deer following them on their route a little bit jealous and slightly inadequate. Understandable.

Naturally the video has since gone viral presumably thanks to joggers showing the video to local deer trying to convince them to go for a run. 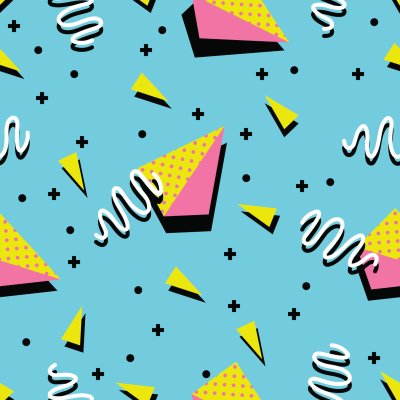 The Internet Is Struggling to Identify This Retro Pattern
Next Up: Editor's Pick