This Is the Most Anticipated Women’s World Cup Ever. But Corruption and Abuse Still Block Women From Soccer

Ideas
By Shireen Ahmed
Ahmed is a writer, public speaker and sports activist focusing on Muslim women in sports, and the intersections of racism and misogyny in sport. She is part of a team of five women who created the feminist sports podcast, Burn It All Down.

The biggest women’s sports tournament of 2019 will begin in Paris on Friday. The top 24 teams in the world will be descending on France to compete for the title of World Champions at the FIFA Women’s World Cup. The next six weeks will be ripe with anticipation and and we can prepare ourselves for the joy and heartbreak that comes with the beautiful game. The media hype and marketing around this event reaffirms that this might be the most popular and widely watched iteration of the World Cup since the tournament began (unofficially) in 1970. But the road here hasn’t been easy.

Fans of women’s sport have invested emotionally and financially in these great women athletes. We have witnessed their struggles against systemic sexism (Argentina), their fight for equal pay (U.S.), and their continued commitment to improving society (Canada). The most celebrated women’s player of the year, UEFA Champion and Ballon d’Or winner Ada Hegerberg of Norway is not attending the World Cup because of what she considers inequality in her country. She will forgo the tournament and stepped away from the national team in 2017, after a poor result at the Euros. Despite the fact that Norway was the first football federation in the world to offer pay parity for men’s and women’s teams, Hegerberg maintains that it is not only about money. “There are federations, there are clubs, there are men in high positions who have that responsibility to put the women in the right place and that’s where I think, I feel, and I know, we have a long way to go,” she has explained.

Abby Wambach #20 and Christie Rampone #3 of the United States celebrates after winning the FIFA Women's World Cup Canada 2015 5-2 against Japan at BC Place Stadium on July 5, 2015 in Vancouver, Canada.
Kevin C. Cox—Getty Images

In May 2019, UEFA Champions League launched a women’s soccer development and strategy initiative that seeks to double the amount of women and girl players in Europe by 2024. The initiative recognizes the need for support, financial backing or programs, but also the involvement and positions of women in soccer — perhaps a recognition of the sheer inaction thus far. The fact that teams in Europe struggle with sexism at the core of their experiences is a reminder that misogyny is not reserved for the Global South.

But if the most successful and popular women’s teams in the world are fighting for their dues, imagine the obstacles of those who don’t have the platforms, who don’t have the safety and who are simply trying to keep their teams afloat. The ones whose federations are marred with corruption and abuse. The ones whose freedom and identity is tightly connected to soccer, but whose chances of ever developing and realizing a World Cup dream lies in a dark abyss. The ones whose futures and possibilities are not valued by the men who control the sport and reign from thrones of privilege and impunity.

Seven of the 10 top-ranked women’s teams are in North America and Europe. Japan is 7th and Brazil is 10th; Australia is 6th. There are three African nations attending (Nigeria, Cameroon and South Africa) this year but there are no Arab or Middle Eastern, Central Asian or South Asian teams in the tournament. As we watch, cheer and embrace the fandom that the women’s game truly deserves, it is equally important to remember the girls and women who did not make it to the world’s stage. We must think more about how to include those players in this experience of the World Cup.

In late 2018, players from the Afghanistan women’s national team disclosed horrific sexual abuse by the head of the Afghanistan Football Federation — the same body that is charged with advocating and supporting their development. The investigations and any response in this case by FIFA and the Asian Football Confederation (AFC) are ongoing (read: pathetically slow and unencouraging).

Several Middle Eastern countries are rife with civil unrest, suffer the destruction of facilities, and like the example of Palestine, suffer constant pressure under occupation. In some regions, there seems to be little time for soccer except for places like refugee camps where sport is used as a tool of development and rehabilitation for survivors of displacement and war.

Freedom Fields is a film by Naziha Arebi about the Libyan women’s soccer program in Tripoli. For five years, Arebi has chronicled their struggles, their journey and their joys on and off the pitch. We see them fight with administrators, fight clerics, and empower themselves as a team in order to play in a tournament in Lebanon.

We see their bravery and their drive. It is unmistakably familiar.

Meanwhile, the Pakistan women’s national team has been stagnant for over five years due to complete mismanagement and disinterest in the women’s team from federation executives. In 2017 The Pakistan Football Federation (PFF) was suspended by FIFA for “third-party interference” — tantamount to improper financial practices. The women’s team have not competed in any regional tournaments, or held training camps since 2014. “Some teams worry about winning,” team captain Hajra Khan said in February. “We just want a chance to play.” The president of PFF, Syed Faisal Saleh Hayat, has ties to Senior Vice President of FIFA, Sheikh Salman who is head of Bahrain’s Football federation, another country with little development of a women’s program. Hayat has been in power in Pakistan since 2003 and doesn’t seem to be going anywhere.

Meanwhile, last week, news spread that there were allegations of rape of Gabon’s Under 20 players. The story was barely touched by mainstream sports media outlets. According to the Women’s Media Centre, the TIDES (The Institute for Diversity and Ethics in Sport) 2018 report gave American sports media a grade of D+ for gender and racial hiring practices. If the people reporting on sport are largely white men, it’s unsurprising that their stories regularly fail to represent women, particularly women of colour.

The player’s objections and concerns fall on deaf ears when FIFA and AFC continue tosupport the political players at these shady federations, who refuse to prioritize the women’s teams. The majority of federations are controlled by men, and men are in charge of the allocation of finances. Shaima Mohamed is head of women’s soccer development at the Somali Football Federation and is desperately trying to amplify the women’s sport. She told The Guardian: “I have no idea where the money goes.”

Perhaps it is a lack of community support, or cultural pressure to suppress the advancement of women in society. It could be a lack of sincere commitment to women’s sport. Or it could be a complete failure on the part of men to advocate and bolster women athletes. All of the above are parts of systems of sexism and misogyny that exist in soccer, all over the world.

Many might not be aware that France, the host of this World Cup, is the only country in the world in which the governing body of soccer still refuses to allow women to play, coach or actively participate in the game if they choose to wear a hijab. FIFA struck down this ban in 2014 but the Fédération Française de Football (FFF) continues to hold it in place. This blatant injustice should not be tolerated or forgiven just because they are hosting a grand tournament that selectively supports women soccer players.

There are rays of hope. The Jordanian Football Federation (JFF) with leadership from Prince Ali bin Hussein began to invest in training and development programs, and created a non-profit organization Association Football Development Programme Global (AFDP) dedicated to the growth of the sport and advocacy for women in soccer. In 2016, the JFF hosted the first FIFA-sanctioned tournament in the Middle East. And although Iranian women continue to lobby FIFA for basic access to sports, Saudi Arabia began to let women into stadiums in 2018 and there are murmurings and tries to support a women’s team.

As FIFA celebrates a wonderful tournament, it is important that they remain accountable to all players. And we must remember those on the frontlines, and those brutally excluded from the pitches. We must make sure that their stories are heard, and their struggles are not in vain. We must demand equal pay and safety for all players.

It is imperative to find a balance between supporting women’s soccer and still speaking up about the injustices against women in soccer. Uncritical celebrations render this tournament shallow at a time when disruption is required. The sport deserves better — and so do the millions of women and girls who love it. Soccer is for all of us. 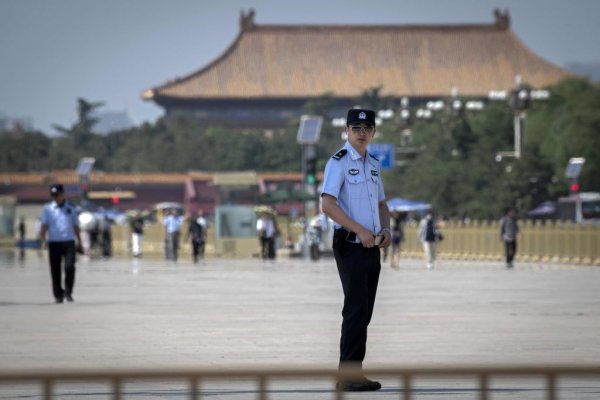 Chinese Millennials Have Mixed Views About Tiananmen Legacy
Next Up: Editor's Pick