A school in India’s northeastern Assam state is now requiring students to pay for tuition in plastic waste they collect.

Each of the 110 students at the Akshar Forum school must bring 20 plastic items to school a week in order to attend, according to Agence France-Presse (AFP).

Attendance was previously free, but the initiative was started after a request for parents to participate in a recycling program failed, according to AFP. Parents have also been asked to promise not to burn plastics.

AFP reports that Dispur, the town where the school is located which has a population of under one million people, creates 37 tonnes of garbage a day.

“The use of plastics is rampant across Assam,” said Parmita Sarma, one of the project’s co-founders said, reports AFP.

The project’s founders say that it is helping to raise awareness in the community.

“Earlier, we used to burn the plastics and we had no idea that the gas emitted from that was harmful to our health and environment,” Menu Bora, the mother of one student, said, according to AFP. “We also threw these away in the neighborhood. But that would never happen again.”

The students use their haul to make ecobricks, plastic bottles packed with other plastic waste to make them dense enough to be used for construction. The material can be used for infrastructure like new school buildings and paths.

The students are also paid to make ecobricks, according to AFP, which helps encourage them to come to school. 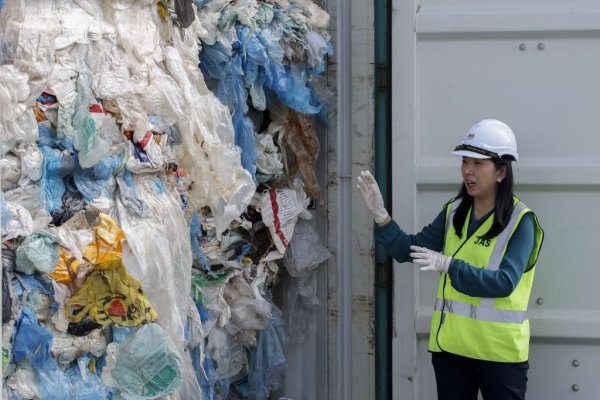 Southeast Asia Pushes Back Against Global Garbage Trade
Next Up: Editor's Pick