iPad fans got a pleasant surprise Monday during Apple’s WWDC keynote in the form of a brand new operating system, dubbed iPadOS. While iOS still lies at the heart of the rebranded operating system, the new platform includes a slew of major changes designed to take advantage of the iPad’s screen size, computing power, ports and so on.

Apple’s introduction of iPadOS is more than a renamed operating system with some bells and whistles. It reveals what Apple sees as the future of its devices, and computing more broadly. While Apple’s high-end PCs aren’t going anywhere — the company finally updated the powerful and pricey Mac Pro this week — it’s increasingly clear that Apple sees the iPad as the future of computing for most people. And while iOS has historically limited Apple’s tablet, iPadOS stands to unlock its true potential.

Here are five ways iPadOS is helping turn the iPad — especially the amped-up iPad Pro — into a legit PC replacement.

One of the biggest drawbacks of iOS 12 on the iPad Pro was the lack of a fully-featured web browser, which led to poor performance on certain sites and apps. Since the iPad exists in the murky medium between portable device and capable computer, whether you’d receive the mobile or desktop version of a particular website was unpredictable.

Of course, no matter how capable your device is, having a middling browser meant you’d be forced to look elsewhere for a tablet with a desktop-class web experience. But Apple’s iPadOS is bringing a full-featured Safari web browser to the iPad, complete with a download manager, which stores your downloaded media in the redesigned Files app.

Typing will be easier than ever

iPadOS is introducing big changes for typing and text that should make it easier for writers, designers and more to manage and modify text in documents or media. Gesture-based copy-and-pasting makes moving text similar to handling images, intelligent text selection picks out information like email addresses and phone numbers when you double-tap them, and scroll bar scrubbing means you can peruse lengthy documents or sites without swiping over and over (and over) to get to the bottom.

When writing on the iPad, you’ll be able to use the swipe-friendly QuickPath keyboard to get words out quick, and even create a small, floating keyboard to get more screen real estate while you swipe away. (And you won’t get any keyboard problems à la the MacBook.)

There’s also a new Font app in iPadOS, a clever addition available on the Mac (as Font Book) since 2003. For designers, the addition will no doubt be a godsend, as the app will let you purchase, add, and manage custom fonts needed for your project.

Still, there’s no true support for an external mouse, leaving one big differentiator between the Mac and the iPad. But some creative folks have found a clever workaround in iPadOS’ Accessibility options.

The iPad’s multitasking abilities are getting a big upgrade in iPadOS, bringing an app-switching experience familiar to everyone who loves hitting Command-Tab.

Dealing with windowed apps is going to be much easier as well, since iPadOS will let you open multiple apps in a single space, and even run two instances of an app — great for organizing or comparing documents or files. You can use the new exposé feature (already on the Mac) to see all the apps you’re currently using, too.

It’s got a revamped, smarter desktop

With iPadOS, Apple’s attempting to solve the most glaring issues when it comes to its powerhouse of a tablet, like its formerly static home screen. The iPad’s display — nearly 13 inches if you’re dealing with the largest model — is an egregious example of wasted space, especially when you consider the information-packed widget section is buried a swipe away.

Widgets have been available on Android devices, tablets included, for years now. On iPadOS, widgets now live on the Home screen, where you can see relevant information right next to your library of apps without swiping.

Apple’s clunky Files app is a poor replacement for an actual file browser, but iPadOS is solving a few major issues by giving users more flexibility when it comes to file sharing, as well as more ways to access the files you need, where you keep them. Files on iPadOS supports external drives, meaning USB drives, external drives, and SD cards will all play nice with Files.

Furthermore, if you’ve got data stored on a file server at your workplace or at home, accessing them through iOS wasn’t exactly seamless and easy, requiring an app or two to get you to your data. But Files on iPadOS supports file server access, making finishing up your work report from home a bit easier. 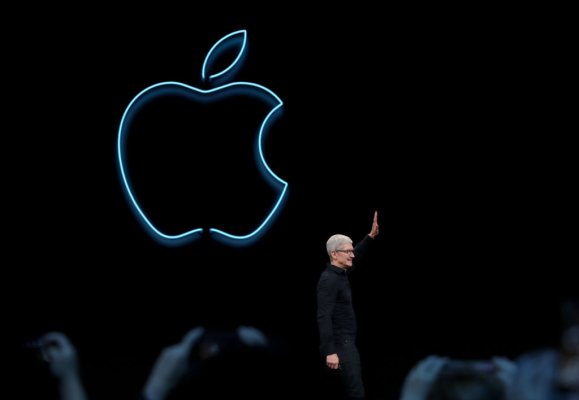 Apple Is Pulling the Plug on iTunes. So What Happens to All Your Music?
Next Up: Editor's Pick