How Trump's Mexico Tariffs Could Backfire and Increase Immigration

President Donald Trump wants to slap tariffs on Mexico if it doesn’t slow migration to the United States, but experts on trade and Latin America warn that the measures could end up driving even more people to head north.

Frustrated by continued arrival of migrants fleeing poverty and violence in El Salvador, Guatemala and Honduras at the U.S. border, Trump said Tuesday that he would start imposing a 5% tariff on imports from Mexico, increasing to 25% in monthly increments through Oct. 1 if the country fails to take unspecified steps to halt the migration.

But the tariffs would probably push the already-stagnant Mexican economy into recession, sending a new wave of migrants north, as similar conditions did in the early 2000s, said Shannon O’Neil, a senior fellow for Latin America studies at the Council on Foreign Relations in New York.

The threat of tariffs has already underscored how closely the U.S. and Mexican economies are linked. Among U.S. manufacturers, Mexico becoming a favored destination for investments by American companies seeking to relocate their supply chains from China because of the mounting threat of an all-out trade war with the U.S.

Meantime, some 38% of Mexico’s gross domestic product comes from trade, and 80 percent of that is with the U.S., noted O’Neil.

There is little Mexico could do to meet Trump’s demands, she added, noting that the better-equipped U.S. has been unable to handle the current wave of immigrants. Last year, O’Neil said, Mexico was “barely able” to process a quarter of some 30,000 applications for asylum it received last year, and twice that number are expected this year.

One possible response to Trump’s demand, a so-called Safe Third Party Agreement, would require Mexico to handle all the applications for asylum from Central Americans and guarantee their safety in Mexico — something it is unable to provide many of its own citizens as it struggles with record homicide and other crime rates.

That, O’Neil said, “would leave Mexico in an even bigger quandary”, so it is unlikely that Mexican President Andrés Manuel López Obrador, would agree to such an agreement.

What’s more, she said, Lopez Obrador took some steps to deter and deport immigrants, including raiding hotels and other gathering places in southern Mexico, before Trump’s tariff threat, and it’s unclear what more he could do given Mexico’s lack of resources.

Trump’s tariff threat also has undermined the new trade agreement his administration has negotiated with Mexico and Canada, said Edward Alden, a senior fellow at the Council, and is a “qualitatively different” encroachment on congressional authority than the President’s earlier imposition of tariffs on steel, aluminum and imports from China, which rest on a President’s authority over national security issues.

If tariffs rise, as Trump has threatened not only Mexico, but also China and Japan, “they create new uncertainty” and could wipe out the savings average U.S. families will receive from the Administration’s 2017 tax cuts, Alden said.

He estimated that new tariffs cost those families $430 in higher consumer prices last year, and that number will at least double in 2019.

While U.S. and Mexican officials are meeting this week in Washington, there is a political irony in Trump’s bullying tactics, said O’Neil: The more he threatens other countries such as Mexico and China, the more unpopular he becomes in those countries, giving their leaders even less incentive to yield to him.

In the U.S., it is not clear if the uncertain prospects for a deal and the danger of the tariffs doing more harm than good will motivate Republicans in Congress to stop Trump. An earlier vote of disapproval did not have enough support to override a presidential veto, although GOP opposition to the Mexico tariffs appeared to be growing on Tuesday. For his part, Trump said it would be “foolish” for Congress to try to stop him.

“It’s more likely the tariffs will go on,” he said.

The original version of this story misstated the name of the Mexican president. It is Andrés Manuel López Obrador, not Jose Lopez Obrador. 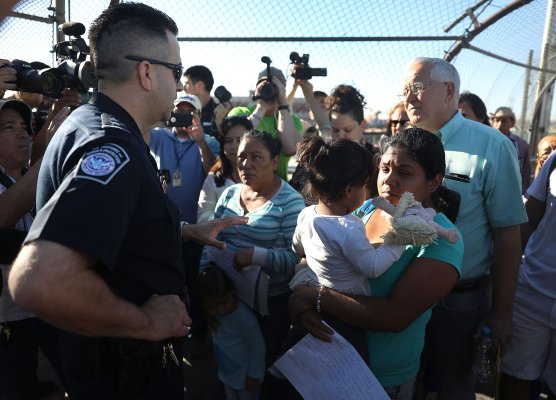