China Warns Travelers About Harassment and Crime in the U.S.

A group of Chinese tourists take photographs on the National Mall with the U.S. Capitol in the background.
Robert Alexander – Getty Imagaes
By Ciara Nugent

The Chinese government issued two travel alerts to its citizens Tuesday, warning of rising levels of violent crime in the U.S. and harassment of Chinese visitors by American authorities, in the latest escalation of political tensions between the two countries.

The country’s Ministry of Culture and Tourism meanwhile urged Chinese tourists to “improve their awareness of safety and security” in light of “shootings, robberies and thefts [that] have occurred frequently in the United States.”

A day earlier, China’s Education Ministry said Chinese students were having increasing trouble obtaining U.S. visas, urging them to assess the “risk” of choosing to study in the U.S.

Chinese visitors to the U.S., including tourists and international students, contribute more money to the U.S. economy than any other group of foreign travelers, spending $36.4 billion last year, according to the National Tourism and Travel Office. Numbers of monthly visitors from China have fallen slightly in 2019, partly as a result of a stronger dollar making vacations in the U.S. more expensive.

Relations between the U.S. and China have worsened steadily in recent months as trade disputes – and the Trump Administration’s blacklisting of Chinese technology giant Huawei – have sparked broader political tensions.

On Tuesday, China rebuked U.S. Secretary of State Mike Pompeo over his remarks on China’s human rights records ahead of the 30th anniversary of the Tiananmen Square protest, during which communist authorities killed an unknown number of student demonstrators.

Pompeo accused China on Monday of “[abusing] human rights whenever it serves its interests”, citing recent persecution of the Uighur Muslim minority in the western Xinjiang region.

A Chinese embassy spokesman in Washington D.C. called his comments “an affront to the Chinese people”. 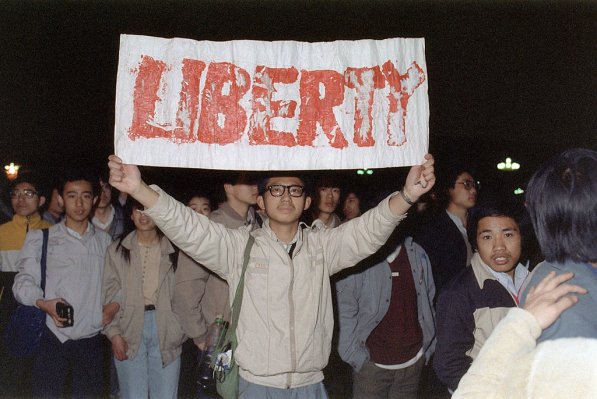 How the Tiananmen Square Massacre Changed China
Next Up: Editor's Pick