What Does the ‘D’ in ‘D-Day’ Stand For? Experts Disagree With Eisenhower’s Answer

The D-Day landing — when, on June 6, 1944, more than 160,000 Allied troops landed on the beaches of Normandy, France, to begin the operation that would liberate Western Europe from Nazi Germany’s control — was one of the most complicated military feats in history.

And even 75 years later, thanks in part to none other than Gen. Dwight Eisenhower, then supreme commander of the Allied Expeditionary Forces, some confusion continues to surround one of the few things about it that seems simple: the name.

The most widely acknowledged explanation for why that event is remembered as “D-Day” is a straightforward one. The “D” stands for “day.”

“It simply signifies the day that the invasion will launch and puts all the timetables into play,” says Keith Huxen, Senior Director of Research and History at the National WWII Museum. The term H-Hour worked similarly, with “H” referring to the time on D-Day when the Allied troops hit the beaches. (H-Hour was 6:30 a.m. local time for the Normandy landings.) Used in combination with minus and plus signs, the term also designated the number of hours before and after an operation’s start time.

It’s a question people have been asking since that very week. As Stephen E. Ambrose points out in D-Day, June 6, 1944, The Climactic Battle of World War II, TIME answered that question in the letters section of the June 12, 1944, issue:

That said, competing explanations do exist. In Paul Dickson’s War Slang: American Fighting Words and Phrases Since the Civil War, the author quotes a range of alternative explanations from the Encyclopedia of Word and Phrase Origins by Robert Hendrickson:

Of these meanings, Dickson believes one is the most rational explanation: “I think ‘disembarkation’ makes more sense because it was an amphibious assault,” he tells TIME. Amphibious assaults are operations carried out by naval ships landing troops at a hostile or potentially hostile shore. Dickson says he thinks the military was likely to have considered that “disembarkation” in deciding what to call the event because the military had a precedent of using terms that described actions.

“There was a point in 1940 when they started putting together an army and they had a first draft in anticipation of the Second World War — and that was called M-Day,” Dickson says; “M” stood for “mobilization.” In addition, men in the U.S. between ages 21 and 35 were required to register for the draft on Oct. 16, 1940 — which was referred to as R-Day, or “registration” day.

“R-Day for ‘registration’ day, M-Day for ‘mobilization,’ and that’s why I tend to think that D-Day stood for ‘disembarkation,’” Dickson says. “There was common military parlance, just give something a letter.”

Whether “D” stood for “day,” “disembarkation” or another word, the Allied invasion of Normandy was not the only D-Day in World War II. In fact, every amphibious assault had its D-Day. “There were D-Days all through WWII where we performed that operation, where we landed on the beaches in Morocco and in North Africa in 1942, we landed on the beaches in Sicily in 1943,” says the National WWII Museum’s Huxen.

Among those landings, Normandy’s D-Day was the one that began the end of Nazi Germany’s control. It mattered so much that it kept a name that had originally been purposefully flexible.

Had the Allied troops failed, Huxen says, “democracy would’ve been completely stamped out and crushed across continental Europe.” 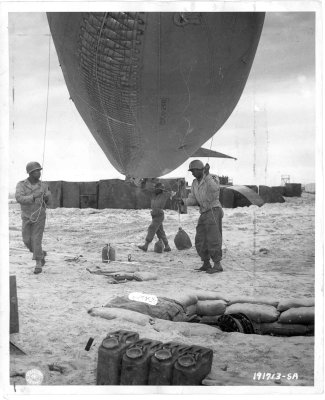 75 Years After D-Day, Fighting to Recognize Black Troops
Next Up: Editor's Pick