China's Probe of FedEx Demonstrates Beijing's Ability to Hit Back at U.S. Companies

In a televised interview with state broadcaster CCTV on Saturday, Ma Junsheng, head of State Post Bureau, China’s top postal regulator, did not explicitly link the probe to the ongoing trade war between the U.S. and China, or a recent incident in which Huawei accused FedEx of diverting some of its packages through FedEx’s U.S. headquarters instead of sending them directly to their intended destinations in Asia. But the latest move demonstrates China’s ability to hit back at U.S. companies as tensions between the nations increase.

According to the Post, Ma said that “The investigation into FedEx can help maintain order in the Chinese delivery industry, safeguard Chinese customers’ legitimate rights, and help to ensure the safety and economic security of China’s national postal service.”

FedEx apologized and call the re-routing an accident. “Our relationship with Huawei Technologies Co Ltd and our relationships with all of our customers in China are important to us,” FedEx said in a statement on its website. “FedEx will fully cooperate with any regulatory investigation into how we serve our customers.”

Read More: The Quick Read About… the 5G War Is Upon Us

China’s vice-minister for commerce, Wang Shouwen, denied the FedEx probe is an escalation of trade war tensions. “China welcomes foreign firms to operate in China legally, but if a foreign firm breaches Chinese laws, there will be investigations—there’s nothing to complain about,” the Post reported Wang as saying. “Legitimate interests of foreign investors in China will be protected, and there’s no need to worry.

But tensions appear to be mounting. China increased tariffs on $60 billion of American goods, effective June 1, after the U.S. raised duties on Chinese imports. On Friday, the Chinese government announced that it would create an “unreliable entity list” of foreign companies it deems a national security threat. The decision appears to be retaliation for the inclusion of Chinese telecommunications giant Huawei on the U.S. Commerce Department Entity List, which will effectively ban the company from buying technology from the U.S. 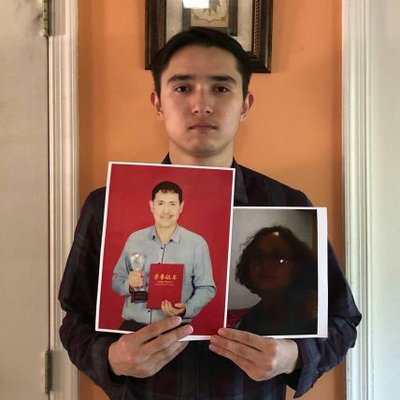 After Tiananmen, the U.S. Protected Chinese Students in America. 30 Years Later, Uighurs Say It’s Time to Do the Same for Them
Next Up: Editor's Pick