A Rhode Island bishop is facing a sharp backlash after advising Catholics not to attend LGBTQ Pride Month events, claiming they don’t align with Catholic values and can be harmful to children.

“A reminder that Catholics should not support or attend LGBTQ ‘Pride Month’ events held in June,” Providence, R.I., Bishop Thomas Tobin tweeted on Saturday. “They promote a culture and encourage activities that are contrary to Catholic faith and morals. They are especially harmful for children.”

Pride Month is an annual celebration in June that commemorates Stonewall, a series of riots in June 1969 that took place after New York City police raided a gay club, arrested patrons and checked their sex in bathrooms to see if they were cross-dressing. This June is the 50th anniversary of the riots, which are often regarded as a turning point for the LGBTQ rights movement. Around the country and the world, members and allies of the LGBTQ community march in June parades to celebrate the movement and the freedom to openly express sexual identity.

Critics of Tobin were quick to point out how the long legacy of Catholic sex abuse scandals has harmed children. It’s unknown exactly how many children have suffered abuse from Catholic clergy in recent decades. Over 1,350 survivors of child sexual abuse by clergy came forward between July 1, 2017 and June 30, 2018, according to the annual report of the U.S. Conference of Catholic Bishops’ Secretariat of Child and Youth Protection.

“A reminder that Catholic clergy has been a lot more dangerous to kids than LGBT,” world-renowned tennis player Martina Navratilova said in response to Tobin’s tweet.

“I would trust my four kids more at a pride parade than in a Catholic Church,” said ABC News political analyst, Matthew Dowd.

“I think you meant to say that Catholic priests have promoted a culture and encouraged activities that are contrary to Catholic faith and morals,” argued LGBTQ activist and Pennsylvania State Representative Brian Sims. “One that is especially harmful to minors. Fixed that for you.”

In all, the bishop’s tweet has so far received more than 65,000 responses.

The Rhode Island Pride group condemned Tobin’s tweet in a statement to the Providence Journal.

“Rhode Island Pride respectfully calls on Bishop Tobin to do some self-reflection as the majority of Catholic Rhode Islanders in this state reject the idea that to be Catholic is to be complicit to intolerance, bigotry and fear,” Joe Lazzerini, the organization’s President, told the paper. “Many Catholics are LGBTQIA+ and allies to our community, who participate in the love and diversity that is Rhode Island Pride. All are welcome to enjoy a safe, fun and prideful celebration.”

In a February 2019 report, the New York Times cited “dozens of estimates from gay priests themselves and researchers” who say that gay men make up 30% to 40% of the American Catholic clergy. 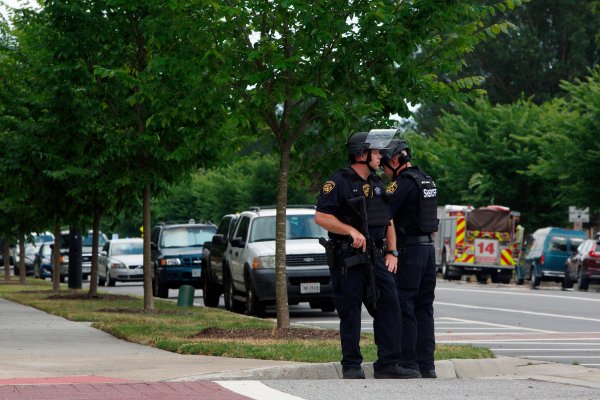 The Victims of Virginia Beach
Next Up: Editor's Pick