Earlier this week, women on Twitter were shocked to discover a new thing in common: a single, standout freckle on the center of the wrist. More than 12,000 people responded to the original Twitter post identifying this phenomenon, sharing their own photos of their matching freckle.

But why do so many people seem to have this same mark — and why there, on the center of the wrist?

For answers, TIME turned to Dr. Joyce Park, a board-certified dermatologist in the Bay Area. Dr. Park agreed that the viral conversation was pretty funny — but suggested it can be easily explained by sun exposure.

“Freckles are basically areas of the skin where you have more pigment or melanin deposition from UV radiation,” she says. “The forearms, the wrists and the hands are really common spots to get that exposure. If you think about it, when you’re driving, that side of your wrist and hand are just constantly being exposed to sunlight, even if you’re wearing sleeves.”

Another factor? We often forget to put sunscreen on that particular area, she notes. Other freckle-prone areas: the face, shoulders and back of the neck for those with short hair.

But New York City dermatologist Dr. Joshua Zeichner, who had a slightly different take on the phenomenon. “What we are actually seeing in these photos are moles or ‘beauty marks’,” Dr. Zeichner suggests. “These spots are harmless overgrowths of pigment producing cells, causing small brown spots on the skin.”

Because they’re so common, he says, almost everyone has “at least one mole on the arms,” so the fact that so many people have one on their wrist doesn’t come as a surprise. Sun exposure may play a role in making these marks look darker, too, but moles can appear anywhere on the body.

Both Dr. Park and Dr. Zeichner urge everyone to pay attention to freckles and moles, however, in case they become cancerous. It’s always smart to get a full body skin check regularly. And Dr. Zeichner suggests an “ABCDE rule” to evaluate: pay attention to any asymmetry, border irregularity, non-uniform color, diameter larger than a pencil tip eraser, or evolving size, shape or color. And Dr. Park’s main tip: “Sunscreen is always a great idea,” she says; it’s good to reapply every few hours with a broad-spectrum formula.

So of course the so-called freckle “phenomenon” has some pretty simple explanations. But at least everyone on Twitter has found something to bond about. 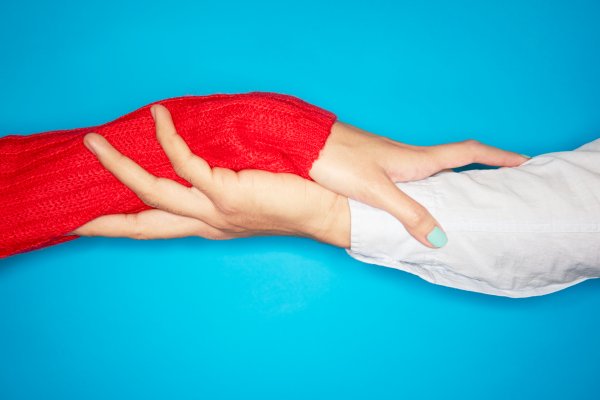 These Women All Have a Freckle on the Same Exact Spot on Their Wrist and It's Getting Out of Hand
Next Up: Editor's Pick