Tiananmen Shaped China’s History. But Chinese Millennials Have Mixed Views About Its Legacy

Ideas
By Eric Fish
Eric Fish is the author of 'China's Millennials: The Want Generation,' and is currently researching Chinese students studying in U.S. universities.

It has become tradition around anniversaries of the 1989 Beijing massacre to contrast youth of that era with young Chinese of today. The former, these comparisons suggest, clamored for political change, while the latter show little hint of that revolutionary zeal — in fact they suffer from “amnesia” and “apathy” toward the events.

In June of 1989, the blood on Beijing’s streets had barely dried before the state-enforced forgetting began. Thirty years later, authorities continue to aggressively suppress the full story. Some textbooks whitewash the Tiananmen protests as a “riot” instigated by black elements who were justifiably suppressed with violence, along with a small number of bystanders; most don’t mention it at all. China’s sophisticated “Great Firewall” internet censorship apparatus likewise snuffs out any mention of the events, and those who try to publicly acknowledge them are often harassed, intimidated or detained.

But some argue that those efforts may not even be necessary. After Tiananmen, China’s Communist Party began pushing a new “patriotic education,” presenting itself as a savior from “hostile foreign forces” past and present. It simultaneously allowed reforms that have grown the economy nearly 30-fold since 1989 and steadily loosened its grip on citizens’ personal lives.

This largely negated one major grievance young protestors aired at Tiananmen: the desire to have a greater degree of personal freedom and agency. A generation into these developments, Chinese youth of today have supposedly become too distracted by nationalism and the pursuit of material wealth to care about June 4.

But with the number of Chinese who are too young to remember 1989 in the hundreds of millions, what they know and think about that year defies generalizations.

While researching a book on Chinese millennials and their relationship with the state, I interviewed at length more than 130 youths from across the socioeconomic and geographic spectrums. Those conversations would usually find their way to Tiananmen Square, but one of the biggest surprises was that often I wasn’t the one who brought it up.

Read more: The Communists Will Never Allow This.’ Photographer Liu Heung Shing on Tiananmen and His Life in China

On one occasion in Shenzhen, the manufacturing hub adjacent to Hong Kong, I met a rural migrant born in 1989 who had come to do factory work at 18. “Do you know about June 4?” he asked with a grin when I asked his thoughts about the government. Before I could answer, he began pantomiming machine gun fire.

Though he was light on details, he had heard from co-workers that protestors were gunned down in 1989. And contrary to the common misconception that mostly students were killed, he knew that workers like him made up the majority of the victims. He wasn’t concerned, however, noting that while the government is still “very corrupt,” the country is heading in a positive direction now — economically and politically.

Another time, I chatted with a high school student in coastal Shandong Province. She had likewise heard vague talk from classmates about 1989 killings but laughingly noted that “the government doesn’t let us know about things like that.” When I directed her to software to circumvent China’s online “Great Firewall,” she promptly began devouring information on the events. She was surprised by what she found, but within a day she had returned to her studies, having filed away what she’d learned as little more than an interesting historical footnote.

A pair of graduate students at Beijing’s Renmin University had some of the more complex feelings that I encountered. “I really feel bad for those students, but politically speaking, maybe it was necessary,” one of them said, pointing to the incoherence of the protestors’ demands and the authoritarian traits some of the more radical student leaders displayed.

“Things look different once it becomes history,” the other student added, claiming that the massacre facilitated necessary economic reforms by ending unrest and establishing order. “Tiananmen looks bad, but maybe there were some good things. Chinese really want stability above all else.”

On another occasion, five years ago, ahead the June 4 25th anniversary, a group of older scholars and civil rights activists were detained for holding a private commemoration of the events. In response, a group of students born in the 1990s initiated a daring online campaign wherein they posted photos of themselves — faces shown — with messages of support for those held. One of them read: “We are the post-90s, you say we are immature, we are rebellious, we are wild. But we are definitely not brain-dead!”

When I got in touch with one of the ringleaders, a college student born in 1993, she told me that while she was rare among her peers for her degree of outspokenness, she was recognizing more and more post-90s youth developing a social conscience. “One improvement over the past is that young people are willing to talk about topics that they wouldn’t have dared breach years earlier,” she said, citing discussion of Tiananmen Square as an example. “Post-90s have a much stronger desire to learn and innovate, and they’re willing to bypass the constrained education to learn the real history. So I think there is great hope for post-90s to promote democracy and constitutionalism.”

Most recently, I met a 25-year-old Chinese woman studying journalism at Columbia University who had little sympathy for the government. After coming to study in upstate New York at age 14, she became angry when a teacher showed video footage from Tiananmen. She thought it must be fake American propaganda. “Otherwise why would I, who grew up in China and loved reading history, not know about this?” she said. “There’s just no way.”

But after turning to Google, she “slowly and painfully” learned the truth. “It was like a sense of humiliation,” she recalled. “If I have to say why I want to be a journalist, it’s because I don’t want to be in that position. I want to know, I want to be the first to know, and I want to know how to tell others.”

Overall, complete ignorance of Tiananmen among my interviewees by the time they reached their 20s was the exception rather than the norm. Charting what they knew and who their sympathies lay with would create a scatterplot with little coherent pattern — they ranged from passionate nationalists who thought those killed received their comeuppance, to those who wished a new movement would emerge to overthrow the Communist Party.

These anecdotes are just that, none of them alone representative of young Chinese attitudes. That’s the real takeaway. Since 1989, government narratives have been one influence on young Chinese, but only one of many. Despite vast censorship and other government controls, economic and social developments have allowed unprecedented access to information, travel and divergent life experiences, which have affected people in vastly different ways.

The story of 1989’s legacy among the country’s new youth isn’t one simply of indifference or ignorance. It’s one of the complexity of the movement itself, the events that have transpired since, and the diversity of thought that’s bloomed among this young generation. 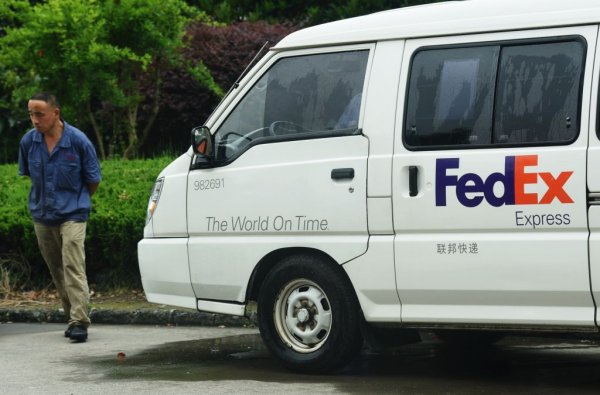 FedEx Probe Shows China's Ability to Hit Back at U.S. Firms
Next Up: Editor's Pick