Ideas
By Robin Niblett
Niblett is the Director of Chatham House, the London-based think tank for international affairs.

As President Trump landed in the U.K. on June 3 for a visit that also includes Ireland and France, we have yet another opportunity to reflect on the health of the transatlantic relationship.

The situation is considerably different from July last year, when Trump’s U.K. trip was lampooned by commentators and hounded by protesters. Trump has now molded a presidential administration that is far closer to his own worldview. The gloves are off when it comes to his two foreign policy priorities – Iran and China. He may have a less pliant U.S. Congress, following the Democratic take-over of the House last November, but the failure of the Mueller Report to land the killer blow that many of his opponents hoped, combined with a strong domestic economy, mean that he is now a favorite to win the 2020 election.

For its part, Europe has grown weaker rather than stronger over the same period. The elections to the European Parliament have revealed that Trumpian populism is on the rise on this side of the Atlantic also. President Emmanuel Macron, the anti-Trump standard bearer, has lost his luster; Angela Merkel has formally moved into the twilight of her Chancellorship; and Theresa May is stepping down as Prime Minister after failing to deliver Brexit on schedule.

On the international stage, France, Germany and the U.K. have been unable to make any headway in resisting the growing stranglehold that renewed U.S. sanctions are imposing on European companies that might have wanted to follow their governments’ urging and sustain trade relations with Iran.

Similarly, Europeans have watched powerlessly from the sidelines as the U.S. has ratcheted up its tariffs on Chinese exports to the U.S. The spectacle of U.K. chip designer ARM and other European companies cutting business ties with Chinese telecoms company Huawei following its naming on the U.S. foreign entities list, has amplified the extra-territorial reach of America’s geo-economic strategy.

Today, Europeans hold no sway and have no say over U.S. foreign policy decisions that many believe run counter to their interests. Yet they and their companies are being forced to serve as agents of these policies. They are being bullied, and it is working.

President Trump has exposed pitilessly the fact that, while might may not be right, might generally wins. Europeans cannot play hardball in return unless they have the resources and credibility to follow through.

On security, they currently lack both the resources and the combined political willpower to demonstrate strategic autonomy. On the economic front, however, the situation is more nuanced.

Europeans are more exposed than the U.S. to a slowdown in the Chinese and global economies but they do have power in two areas.The first is on setting rules that most multinational companies, including those from the U.S., follow across a host of key policy areas, from data protection to anti-corruption to protection of human rights. The second is in international trade negotiations, where the E.U. has sustained a program of trade opening negotiations in parallel to Trump’s aggressive efforts to gain unilateral advantage over its most important trade partners. U.S. companies and farmers have discovered that the recent E.U. trade agreement with Japan has decreased their competitiveness in both markets.

While this will give European leaders meeting President Trump in Normandy some sense of consolation, the same cannot be said of Prime Minister Theresa May. Britain is not just distracted by the endless process of negotiating its departure from the E.U. If or when it succeeds in leaving, it will also lose its voice in those policy areas where Europeans collectively carry most clout — designing international regulations and concluding large-scale trade deals. Instead, British policy makers will have to manage an increasingly assertive and self-interested U.S. Administration which expects the U.K. to help it redress the transatlantic balance further in Washington’s favour.

The next Prime Minister will be caught between the reality of the U.K.’s low credibility as an independent actor during its endless exit from the E.U., and the desire of a large part of its public and body politic to see the country demonstrate some of its past plucky self-assurance. Caught between these cross-currents, President Trump’s visit is the moment for the British to follow David Cameron’s rhetorical advice from 11 September 2006 and show that Britain has learned to be a “solid but not slavish ally” to the US. 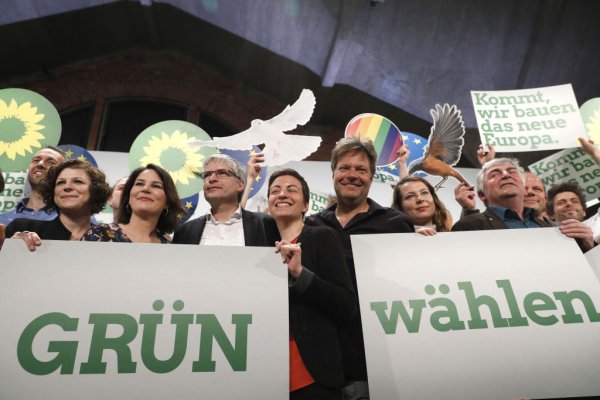