Colette Giezentanner of Saint Louis, Missouri, tries to spell the word 'oxyrhynch' during round five of the Scripps National Spelling Bee at the Gaylord National Resort & Convention Center May 30, 2019 in National Harbor, Maryland.
Alex Wong—Getty Images
By Shalini Shankar

In 1925, the first National Spelling Bee was held in Washington, D.C. It featured nine spellers, who met with President Calvin Coolidge before the contest. Eleven-year-old Frank Neuhauser won for spelling gladiolus and received $500 and a gold medal.

That same contest, now the Scripps National Spelling Bee, is today referred to as the “orthographic Super Bowl.” It has certainly grown to fit that title. This week, from over 11 million children who competed in school bees, 562 spellers are participating in three days of high-stakes on-stage spelling (as well as taking an on-paper test, which helps determine the competition’s finalists). It all comes to an end live on ESPN, and you can bet the winning word will not be a commonly known flower.

The term “brain sports” captures the elevated nature of the spelling bee today, illustrating how the event is about much more than simply rote memorization and learning content. Brain sports demand rigor and offer competition on a cerebral level, with great potential reward. Far beyond vocabulary and linguistic development, they help kids learn how to manage disappointment and present themselves publicly.

Spelling bees offer an especially interesting window into childhood because they are age restricted. The oldest competitors are predominantly eighth graders, ages fourteen or fifteen. The youngest are six. The competitors I met over my six years of research at the National Spelling Bee belong to Generation Z, born 1997 onward. They bring a distinctive approach to competition, self-presentation, and what it means to win.

During their spelling career, training can take over a kid’s life, reorganizing the day-to-day rhythms of childhood. Those who become “elite spellers” manage and structure their time meticulously. As children do with more physical sports, spellers build stamina and focus to become experts. They study before and after school, and on weekends, often for hours at a stretch. They learn to work with coaches who identify and work with them on their weaknesses.

Dr. Roopa Hathwar, mother of 2014 co-champion Sriram and 2016 co-champion Jairam, talked to me about the extensive study sessions, travel, and parental effort her family invested in spelling. “This is our mental sport, our brain sport that we encourage,” she remarked. “That’s how we try to analogize it.”

The Hathwars, like other elite spelling families I met, studied the dictionary extensively, cycling through portions in preparation for upcoming contests. Some additionally studied root word databases, amassing an incredible base of knowledge. This was certainly the case for speller Syamantak Payra. During my 2014 visit to his family’s home in the suburbs of Houston, he explained, “When you come to this level, you’re sort of a master of semantics and linguistics.” (Fourteen at the time, Syamantak’s spelling career had just finished.)

He told me that his ability to understand language patterns increased over the years, although studying from the paper dictionary remained challenging — he disliked flipping through its pages and squinting at its small font. A searchable online dictionary, however, dramatically improved how much he could accomplish.

Sahil Langote of New Castle, Delaware, reacts after he misspelled the word 'palatschinken' during round eight of the Scripps National Spelling Bee at the Gaylord National Resort & Convention Center May 30, 2019 in National Harbor, Maryland.
Alex Wong—Getty Images

The National Spelling Bee will always be about orthographic and etymological knowledge, but it has also become about onstage performance, written test skills, and finding a way to remain grounded and focused under very bright lights and dozens of cameras.

Some say it is too stressful for kids — certainly a valid concern. Others simply can’t see the value in the contest given the advent of spellcheck. But this is analogous with asking why people run marathons when they could simply drive. Like over-achievers in any discipline, spellers take great pride in the challenge of learning words, broadening their knowledge base, and performing under pressure. With some luck involved along the way — you could know how to spell every word in a round of competition bar one, but if that one word is yours, it’s game over — most kids don’t expect to win, but they do hope to beat their personal best. Others told me how they expected their prowess to help when they took the SAT, crafted creative college essays, and even enrolled in medical school down the road.

And for elite spellers, there are many reasons the activity is not just rewarding, but downright fun. Each year, Bee Week staff distribute swag to spellers in the form of T‑shirts, sunglasses, watches, and other memorabilia. One year, it featured the word spellebrity, a portmanteau of “spelling” and “celebrity.” The allure of this word and its attendant fame remains strong.

Camera-ready, media-savvy members of Generation Z find the confluence of competition and notoriety particularly appealing. Kids hope to become spellebrities and get selected for a coveted ESPN feature, which the network began producing several years ago. In recent years, Executive Director Paige Kimble has remarked that spellers are far more excited about an ESPN appearance than they are winning prize money. The bee’s eventual champion is also usually afforded a spot on Jimmy Kimmel Live!

Likewise, the contest itself has become more broadcast-ready. In the Gaylord National Resort and Convention Center in National Harbor, MD, a large honeycomb stage set lights up in different colors as a speller’s turn progresses, and the clock ticks down on each two-minute turn. A fleet of television cameras cover the action from ten different angles, including a jib cam that offers sweeping views of the cavernous ballroom, looking for engaging expressions and otherwise meme-able moments. Comedy writers are flown in to write humorous sentences for the pronouncer, Dr. Jacques Bailly (a former bee winner himself), to offer, making the contest lively and entertaining. Given the high security of the word list, writers are asked to produce this content in real time, crafting sentences for words later in the round while the competition is in full swing.

With thousands tweeting, it’s as exciting as any other sports championship, if not more so. After all, only an elite few can look back at their middle school days and recall being named a national champion.

Dr. Shankar is the author of “Beeline: What Spelling Bees Reveal About Generation Z’s Path to Success.” She is Professor of Anthropology and Asian American Studies at Northwestern University. 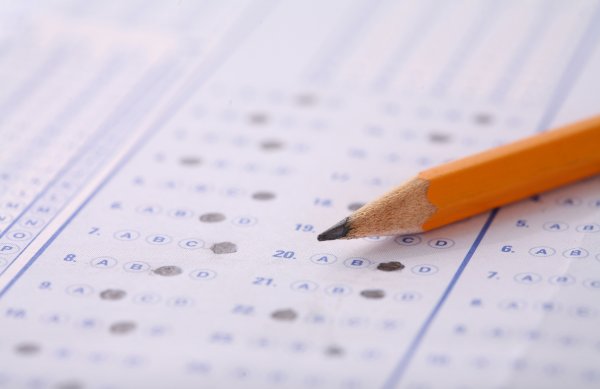