“We’re throwing the dictionary at you, and you’re showing the dictionary who’s boss,” Dr. Jacques Bailly, the Scripps National Spelling Bee’s official announcer said Thursday night after 17 rounds of competition — at which point a record-setting eight spellers remained in the running.

“We are now in uncharted territory,” Bailly continued. “We do have plenty of words remaining on our list, but we’ll soon run out of words that will possibly challenge you, the most phenomenal assemblage of super-spellers in the history of this competition.”

In an historic change to the rules listed on the bee’s website, Bailly then announced that the competition would conclude after 20 rounds, regardless of how many spellers remained. At that point, they would all be declared “co-champions.”

And at the end of that round, all eight were still in contention, thus sharing the win. They are:

Collectively, they bested 554 of their fellow spellers in the national bee, spelling 152 words correctly between them across the bee’s oral competition rounds. Their winning words? Auslaut; erysipelas; bougainvillea; aiguillette; pendeloque; palama; cernuous; and odylic.

This year, 562 contestants came to the competition in Washington, D.C. from all over the country — and the world, with countries including Ghana, Germany, Jamaica, and South Korea represented. The spellers first took a test to prove their abilities in both vocabulary and spelling, after which they all competed in the first two rounds of oral competition. At this point, the top 50 spellers advanced to the finals.

Among those 50 finalists, 40 were previous national spelling bee participants.

After a mammoth 5 and a half hour-long spelling session on Thursday morning, the group of 50 was whittled down to the 16 spellers who qualified for the ESPN broadcast (with the prospect of being on TV often proving to be as major a motivator as the prize itself). And among those 16, 9 had previously made the live show.

It took another 3-and-a-half hours for the evening competition to end, in such historic fashion no less.

This year’s bee’s youngest speller was 7-year-old Faizan Zaki, who was knocked out of the competition in round three on Wednesday when he got stuck on the tricky homonym ‘knoll.’ Other notable spellers to not make it to the final rounds included 13-year-old Naysa Modi, who finished in second place in 2018 and Akash Vukoti, who last year appeared on Dancing with the Stars Juniors after he became the youngest-ever boy to participate in the spelling bee in 2016.

The first ever national spelling bee was organized in 1925 by the Louisville Courier-Journal; in 1941 the E. W. Scripps Company took over the program. Since then there has been a national bee every year, with the exception of a three-year break during World War II.

Most Popular on TIME
1
How the U.S. and U.K. Failed Their Coronavirus Responses
2
Scientists: WHO Is Wrong About Airborne COVID-19 Spread
3
Brazil's President Uses Hydroxychloroquine 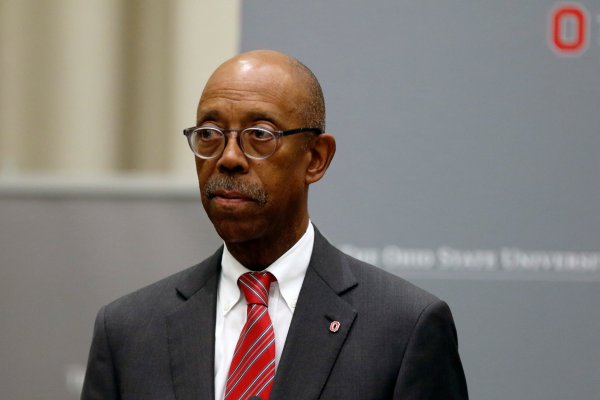