'The Communists Will Never Allow This.' Photographer Liu Heung Shing on Tiananmen and His Life in China

It may sound strange now, but when Liu Heung Shing went to China to cover the Tiananmen Square protests, he did it so he could have a rest.

In 1989, he was a photographer for the Associated Press stationed in Seoul, where his daily grind was photographing South Korea’s own pro-democracy student demonstrators, whose running battles with the police were then far more vicious than in neighboring China.

Liu spent his time dodging hurled paving stones and tear gas canisters, peering down his lens through prescription goggles, clothes saturated with noxious fumes. “I’d walk into the office and everyone would start coughing and sneezing,” he tells TIME with a grin in his Shanghai apartment.

And so Liu didn’t mind his reassignment to the Chinese capital, where many international journalists had already left, thinking the peaceful demonstrations demanding political reform were winding down after more than two months.

Liu wandered the docile protest sites, capturing students cooking noodles, writing poetry and dancing to pass the time. It was only when a faux Statue of Liberty dubbed the “Goddess of Democracy” was erected in the square, staring down Mao Zedong’s portrait hanging over the adjacent Forbidden City, that he knew a tipping point had been reached.

“I told my colleagues, ‘If you understand anything about China, the Communists will never allow this,’” he says.

A young couple on a bicycle hide from Chinese soldiers in a tank overhead during the Tiananmen Square protests that were crushed June 4, 1989.
Liu Heung Shing

The paving stones and tear gas that Liu left behind in Seoul were replaced by bullets and tanks in the bloody crackdown that followed — the 30th anniversary of which falls on June 4. Estimates for the number killed range from a few hundred to several thousand.

Tiananmen, of course, is not the only sensitive anniversary this year: There is a collective intake of breath in China whenever the year ends in nine. So many of the nation’s defining moments fall when one decade teeters before the next.

This year also marked a full century since the anti-imperialist May 4 Movement, 70 years since Mao Zedong founded the People’s Republic, 60 years since the Dalai Lama fled Chinese occupation, 40 years since Deng Xiaoping launched his economic reform and opening up, and ten years since deadly riots rocked the country’s restive Xinjiang province.

Liu has probably witnessed as much of China’s modern history firsthand as anyone alive. His first assignment was covering Mao’s funeral for TIME in 1976 — “I failed miserably,” he laughs — and he later recorded China’s rapid industrialization and fitful democracy struggle through the rapidly changing lives of ordinary people.

Now 68, Liu opened his own gallery, the Shanghai Center of Photography, in 2015, and is preparing to publish a compendium of his work: A Life in a Sea of Red, spanning his experiences covering China and Russia from 1976 to 2016. It’s a germane moment to peer back at the divergent fates of history’s foremost communist superpowers: China’s export-driven revival versus the Soviet Union’s chaotic collapse, whose specter still haunts leaders in Beijing. “They worry if the economy goes south they must be wary of what happened in Russia,” says Liu.

Liu can draw on a far broader range of perspectives; he worked stints in India and Pakistan, covered Sri Lanka’s civil war and the Soviet withdrawal from Afghanistan. But being born in British-controlled Hong Kong in 1951, just two years after the communist victory that forced his parents to flee the mainland, Liu’s life was always entwined with China.

He was sent back to China’s southern city of Fuzhou for school during the Great Leap Forward — Mao’s demented industrialization experiment that led some 40 million people to starve to death. Even at six years old, Liu and his classmates were conscripted to collect rocks for construction projects and to kill pests. “I would swat a lot of flies at home, collect them in a matchbox and then hand it to my teacher,” he recalls.

Yet that childlike zeal failed to win over Liu’s teachers, who were obliged to score every student on their “political behavior.” No matter how zealously he heaved rocks or belted out patriotic songs, Liu was never given higher than a “c” grade, owing to his parents’ bourgeoisie pre-revolution credentials. “That was my first lesson in politics,” he says.

Liu’s education with a camera didn’t begin until after he had graduated high school back in Hong Kong and traveled to the U.S. to enroll in the City University of New York’s Hunter College in 1974. After taking a course taught by photography great Gjon Mili, Liu was invited by his new mentor to take an internship at Life Magazine.

Mili was wholly disinterested in the technology of cameras and lenses, recalls Liu, instead making his students pore over contact sheets to understand lighting and composition. “He was very clear to the class [about] what was photography, what was not photography,” says Liu. “He understood that the shutter makes this medium unique.”

They were lessons that helped Liu capture his most famous shot — Mikhail Gorbachev slamming shut his resignation speech that marked the dissolution of the Soviet Union in 1991, the departing leader’s hand slightly blurred. Liu was the only photographer present and says it was a deliberate though risky decision to dial back his shutter to one 30th of a second to inject some dynamism.

“I thought in order to capture that history — the end of the Bolshevik Revolution of 1917 — I needed to show the speech still moving,” he says. Liu had been warned by a KGB stooge not to take any photographs, so knew he only had one chance to capture the moment, and received a punch in the back for his troubles. “When I left the Kremlin the Soviet flag was coming down and Russian flag going up.”

That iconic shot was part of a collection covering the Soviet Union’s demise and the preceding coup attempt that won Liu and his AP colleagues the 1992 Pulitzer Prize for News Photography. But it is China that forms the bulk of Liu’s oeuvre: whether peasants flinging harvested cabbages onto a truck, a young communist joyously gulping Coca-Cola, or a Beijing property tycoon draped over her latest skyscraper rooftop.

A young man holds a glass bottle of Coca-Cola, which had just resumed production in China, outside the Forbidden City, Beijing, 1981.
Liu Heung Shing

But turning the pages of Liu’s new book, which won’t be published in mainland China due to strict censorship, the events of 1989 stand out. Liu captured some of the most infamous images of the carnage — protesters sleeping in the square, confronting soldiers, cowering in an underpass while a tank rumbles overhead. He also played a small but vital role in helping his AP colleague Jeff Widener take the epoch-defining image of a solitary figure in white shirt, shopping bags in hand, staring down a row of armed vehicles.

Bound to his desk on editing duties, Liu dispatched Widener — who was new to China — to the Beijing Hotel overlooking the square. “I said, ‘you need one 400 mm lens, one camera body and one lens doubler,’ which effectively made it a 800 mm lens,” recalls Liu. A few hours later, Widener was calling the office to say, “I’m not sure how sharp it is, but I think I’ve got something,” says Liu

Liu told Widener not to risk taking the film himself but to instead send a “pigeon” — one of the bevy of Western students hanging around Beijing at the time. Soon a tall blonde guy with a ponytail and backpack arrived at the door and handed Liu an envelope.

Of the three photographs Widener snapped of “tank man,” only one was usable, dispatched electronically via the 9 rmb ($2.40) per minute telephone link with AP’s Tokyo bureau that Liu insisted was kept live for the duration of the protests. “If we hung up I didn’t know if we could ever get it back,” he says.

The next day Widener’s “tank man” appeared on nearly every front page across the world — a symbol of peaceful defiance, an individual pushed by hardship to the edge of reason, who had simply had enough, standing tall against armor-plated tyranny.

A Chinese man stands alone to block a line of tanks heading east on Beijing's Cangan Blvd. in Tiananmen Square on June 5, 1989. The man, calling for an end to the recent violence and bloodshed against pro-democracy demonstrators, was pulled away by bystanders, and the tanks continued on their way.
Jeff Widener—AP

That those events of 1989 didn’t spark a collapse like that which gripped Eastern Europe has been pored over by historians every since. Having witnessed the inefficiencies and crumbling infrastructure antecedent to the Soviet demise, Liu attributes the difference to economics. The Soviet empire had once wielded economic heft to rival the U.S. but was in precipitous decline; China was finally dragging itself out of collectivized penury.

A key to Beijing’s survival was the huge ethnic Chinese diaspora who spied the potential to make money. “Without Hong Kong and all the other overseas Chinese putting the first investment into China, reform couldn’t have taken off,” says Liu.

In 1979, at the outset of reform and opening, Liu was among a group of journalists taken down to the village of Shenzhen opposite Hong Kong, where a new Special Economic Zone was planned. Standing in rice fields, officials laid out grand plans for hotels, ports and highways. “‘I still remember that we journalists looked at each other and said, ‘yeah, right,” he laughs.

The success of Shenzhen surpassed everyone’s expectation: a 12 million-strong megacity with a GDP of $411 billion last year — riches that surpass Miami and now even neighboring Hong Kong.

But China’s seismic economic progress also casts its aborted push for democracy and human rights into sharp focus. The world’s most populous country may not have experienced another massacre of the scale Liu witnessed in Tiananmen, but the fate of around a million ethnic Uighur Muslims currently imprisoned without charge in “reeducation” concentration camps in China’s westernmost province of Xinjiang is a comparable abomination. Activists, lawyers and journalists are also routinely detained and censorship rife.

Although Liu is concerned by ramped up controls, he sees it as part of a shifting dialectic that has always governed his life in China. From being forced to recite Maoist poetry in a barbershop during the Cultural Revolution, to seeing demands for universal suffrage openly scrawled on the Democracy Wall protests of the late 1970s, to the abolition of presidential term limits under current leader Xi Jinping, Chinese politics has always ebbed between hope and frustration.

“Maybe people are slightly impatient,” says Liu, “but I don’t think the pendulum of opening up is any less than the early 2000s.” 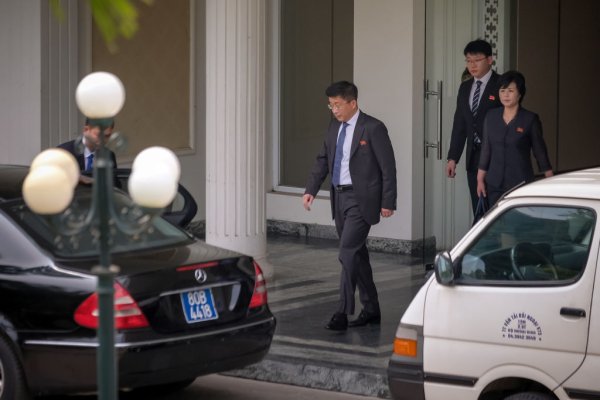