President Donald Trump seemed to confirm reports that the White House asked the U.S. Navy to hide the USS John S. McCain during Trump’s trip to military base in Japan earlier this week.

The Wall Street Journal reported Wednesday that an official told U.S. Navy and Air Force officials in an email that the “USS John McCain needs to be out of sight.”

Abiding by the White House instructions, officials obscured the guided missiles destroyer’s name––which honors the late Sen. John McCain, as well as his father and grandfather––by covering it with a tarp before the President’s trip and later moving a barge closer to the watercraft to reduce its visibility, according to the Journal.

Trump denied that he had made the order in remarks to reporters at the White House on Thursday morning. Trump referenced his long-running feud with the Arizona Republican, who died last August following a cancer battle, but said, “I wasn’t a fan but … I didn’t know a thing about it.” “I would never have done that,” Trump said.

The President said that whoever had done so was probably “well-meaning.”

The Journal also reported that sailors working on the warship, who typically wear caps bearing its name, were asked to take the day off during Trump’s visit. U.S. officials denied that sailors on the John McCain had been told to stay away, but said that many had departed for the long weekend.

Trump tweeted earlier that he was “not informed” of the directive. The President has a history of insulting the 2008 GOP presidential nominee and war hero, who was among Trump’s most vocal critics on the right.

U.S. officials said that the tarp was placed on the ship for maintenance, but it was taken down for the visit. A spokesperson for U.S. 7th fleet said that the tarp had been removed before Trump’s Saturday morning visit, and that all ships were in “normal configuration.”

The late senator, a veteran of the Vietnam War, spent five and a half years as a POW after being captured by the North Vietnamese. As the son of a top Navy admiral, McCain was given the chance to be released early, but declined out of respect for the other prisoners who lacked the privilege.

His daughter, political analyst Meghan McCain, called the President “a child” who feels threatened by McCain.

Trump has long clashed with the veteran, having reiterated throughout the years that he is “not a war hero.” McCain had also on occasion called Trump out, having said that his “demeaning comments about women” and “boasts about sexual assaults” are reasons why he did not have his support. A month before his death, he called Trump’s remarks at a conference with Russian President Vladimir Putin “one of the most disgraceful performances by an American President in memory.”

In an official statement issued after McCain’s death, Trump said he respects the late senator’s service to the country “despite differences on policy and politics,” but did not attend his memorial service. He later complained that he was not thanked despite giving McCain “the kind of funeral that he wanted.” 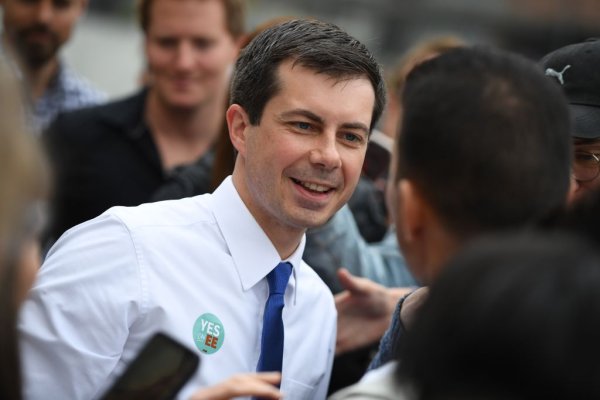 Mayor Pete Might Be Too Young to Get Trump's Nickname
Next Up: Editor's Pick