President Trump Played a Key Role in the Central Park Five Case. Here’s the Real History Behind When They See Us

The newspaper ad shows up in the second episode of Ava DuVernay’s new Netflix drama When They See Us. It’s a full-page proclamation, headlined in capital letters: “BRING BACK THE DEATH PENALTY. BRING BACK OUR POLICE!”

Like the rest of the series, this ad is taken from the real story of the Central Park jogger case — the rape and beating of jogger Trisha Meili on April 19, 1989 — and the subsequent consequences for the Central Park Five, the teen suspects whose lives were upended in the more than a decade that passed between the event and their eventual exoneration.

And the history the series draws from isn’t just a matter of things that happened 30 years ago: in real life as in the show, the person who spent $85,000 placing the ads in local papers was Donald Trump.

Trump, at the time a real estate developer, wasn’t the first to draw attention to the case. The horrific Central Park attack on a 28-year-old woman, a white investment banker with degrees from Wellesley and Yale, quickly made local news. As part of a police investigation into “a larger rampage in which several people were randomly attacked in the park that night” by teens who were “wilding,” as TIME later reported, police picked up several suspects who were in roughly the same area of the park around the time of the attack. They were a group of African American and Hispanic teens named Antron McCray, Kevin Richardson, Yusef Salaam, Raymond Santana and Kharey Wise, who became known collectively as the Central Park Five.

But though the news was already making headlines, Trump’s ad, which ran in local papers less than two weeks after the incident, played a key role in shaping public opinion about the case.

His open letter mourned how New York families of all races “have had to give up the pleasure of a leisurely stroll in the Park at Dusk” because of “roving thousands of wild criminals.” He argued that politicians were overly concerned with public outcry about police brutality — such as the fatal shooting of a disabled elderly black woman by a NYPD officer in the mid-1980s — to the point that they weren’t letting the “neighborhood cop” do his job of protecting the community, creating a “reckless and dangerously permissive atmosphere which allows criminals of every age to beat and rape a helpless woman.” He said “these muggers and murderers…should be forced to suffer and, when they kill, they should be executed for their crimes.”

Michael Warren, a member of the Central Park Five legal team, argued in The Guardian in 2016 that Trump “poisoned the minds of many people who lived in New York and who, rightfully, had a natural affinity for the victim.”

Harlem, N.Y. City Councilman Bill Perkins holds up a May 1, 1989, ad taken out by Donald Trump in the days after the crime. Seated, Angela Cuffie meets reporters at Manhattan Supreme Court where a judge overturned the conviction of her brother, Kevin Richardson, and four other men who had been jailed in the Central Park jogger case on Dec. 19, 2002.
Mike Albans/NY Daily News Archive—Getty Images

As Ava DuVernay recently told Rolling Stone, “[The suspects’ mothers] knew what a threat it was, the violence that Trump was basically inciting upon these boys. But the men themselves, when I asked them, they really didn’t have much of a memory [of Trump in 1989]; at the time, he was the guy with gold buildings. Just a white dude on the other side of the park.”

While four had given video confessions, they later said those had been coerced and all maintained their innocence. (Studies have shown that false confessions are a particular problem with young suspects.) There were also notable inconsistencies in their statements and other eyewitness accounts.

On Dec. 19. 2002, the convictions of the five men were vacated after a man named Matias Reyes, whose DNA matched evidence from the crime, confessed to having been responsible. The police department has said it still believes the men were involved in some way and the victim, Meili, has said that she wishes the case had gone back to court because she still believes more than one person was responsible, but the city settled with the five in 2014, giving each roughly $1 million for each year spent behind bars.

Even after the exonerations, Trump has continued to maintain that the five men had been criminals.

In 2013, he tweeted that a 2012 documentary film called The Central Park Five, made by Ken Burns and his daughter Sarah Burns, “didn’t explain the horrific crimes of these young men while in the park.”

“Mr. Trump is apparently ignorant of our country’s epidemic of wrongful convictions, which disproportionately affect minorities, and the prevalence of false confessions in those convictions,” Sarah Burns later wrote in the New York Times.

Trump called the more than $40 million settlement that the five men worked out with New York City a “disgrace,” writing in a June 2014 op-ed for the New York Daily News, “What about the other people who were brutalized that night, in addition to the jogger?…These young men do not exactly have the pasts of angels.” None of the five had been arrested before.

Since then, he has repeatedly reiterated the guilty verdict of the men, even though their convictions were vacated. “They admitted they were guilty,” the then-candidate said in a CNN interview the month before the 2016 election. “The police doing the original investigation say they were guilty. The fact that that case was settled with so much evidence against them is outrageous. And the woman, so badly injured, will never be the same.”

Just this week, when President Trump argued on Twitter on May 27 that African Americans won’t vote for 2020 Democratic presidential candidates who supported the 1994 Violent Crime Control and Law Enforcement Act, a law that experts say has contributed to the mass incarceration of black people, DuVernay fired back that Trump himself had played a big role in creating the atmosphere that made its passage possible.

“[The Central Park Five] were innocent,” the filmmaker wrote. “And they will have the last word.” When They See Us, which is based on interviews with the real Central Park Five, is DuVernay’s attempt to let those men do just that.

Most Popular on TIME
1
N.C. Supreme Court Rules on Racial Justice Act Hearings
2
Melinda Gates Lays Out Her Biggest Concern For the Next Phase of the COVID-19 Pandemic
3
D.C. Hosts Largest BLM Demonstration Yet 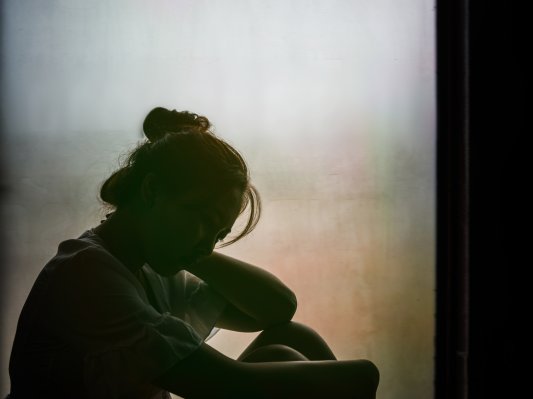