Smoke rises from a natural gas power plant into the sky outside of Dallas, Texas, United States on Jan. 04, 2018.
Anadolu Agency—Getty Images
By Tara Law

The Department of Energy appears to have a surprising new nickname for natural gas: “freedom gas.”

The unexpected new moniker made its debut in a press release issued Tuesday to announce the approval of additional liquified natural gas (LNG) exports from a terminal on Quintana Island, Texas. It also included the term “molecules of U.S. freedom.”

Under Secretary of Energy Mark W. Menezes unveiled the term “freedom gas” in the release, which notes that he highlighted the approval at the Clean Energy Ministerial in Vancouver, Canada.

“Increasing export capacity from the Freeport LNG project is critical to spreading freedom gas throughout the world by giving America’s allies a diverse and affordable source of clean energy,” he said.

Later in the release, Steven Winberg, the assistant secretary for fossil energy, said the department is promoting an efficient regulatory system to enable “molecules of U.S. freedom to be exported to the world.”

Energy Secretary Rick Perry, a former Texas governor, has equated natural gas with “freedom” in the past. In January 2018, Perry told Fox Business that giving allies access to energy choices is a “priceless” kind of freedom.

One of the first people to have called the export “freedom gas” appears to have been a European journalist from the platform Euractiv. While the Perry was visiting Brussels in April, the journalist asked if “freedom gas” was an accurate description.

Perry agreed, saying that the U.S. is “again delivering a form of freedom” to Europe. “And rather than in the form of young American soldiers, it’s in the form of liquefied natural gas.”

New technologies, including the process known as fracking, have enabled an increase in natural gas production. The industry has won praise as a job-creation engine, and for providing a cheap energy source that produces less atmosphere-damaging carbon dioxide than coal. However, scientists warn that natural gas emits a significant amount of methane — a gas that contributes to global warming. 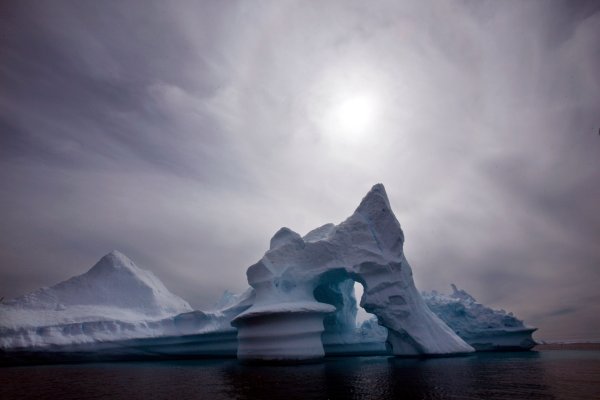 Banned Ozone-Destroying Gases Are Coming From China
Next Up: Editor's Pick