How the Microbiome Might Predict Diabetes, Premature Birth and Gut Diseases

Over the last 10 years, the U.S. National Institutes of Health has invested $170 million to better understand the universe of bacteria that live within us—the so-called microbiome. In the first phase of the project, researchers focused on cataloguing the myriad types of microbes found throughout the body, including in the mouth, nose, gut, and reproductive tract. The latest phase of the research, described in three papers published May 29 in Nature and Nature Medicine, focused on better understanding how changes in those microbial populations affect three conditions: diabetes, preterm birth and inflammatory bowel diseases.

A growing body of research is finding links between how diet, weight, and environmental exposures, among other things, can affect the mix of bacteria that make up our microbiomes. There are still no clear guidelines for specific microbial combinations that could help avoid or treat disease, but the latest studies bring us closer to developing them.

The microbiome and diabetes

In the study on diabetes, published in Nature and led by Michael Snyder, director of the center for genomics and personalized medicine at Stanford University School of Medicine, a team of researchers followed 106 people for nearly four years, profiling their microbiomes from nasal swabs, stool samples, and blood every three months. The volunteers came in for extra visits when they caught colds or the flu, and, at their will, during stressful events such as job changes, weight gain, travel, or any other time they thought they might have been exposed to environmental elements that could affect their health. That way, the researchers could track how these experiences impacted their immune systems and the composition of microbes in their bodies. “This cohort is the probably the best studied group of people on the planet,” says Snyder.

Snyder and his team found that there is no true “normal” when it comes to the microbiome. “Everybody’s healthy baseline is different,” he says. That said, there were some commonalities in the microbiomes of people with certain disease states, including insulin resistance.

“We can predict an insulin resistance signature from the microbiome,” Snyder says. Currently, detecting insulin resistance requires a six-hour test that costs thousands of dollars, but a microbial assay, from stool samples, could cost a fraction of that.

Snyder co-founded a company to develop such a test for pre-diabetes, and he anticipates that regular screening of people’s microbiomes for diabetes will become a routine part of a health checkup in coming years. “Having an assay for insulin resistance could be very, very powerful in catching people who might develop diabetes much earlier,” Snyder says. “That’s important because managing pre-diabetes before it becomes diabetes is critical, since it’s hard to reverse once diabetes occurs.”

The microbiome and premature birth

Using the microbiome may also prove useful in predicting which women might be at higher risk of delivering prematurely. In another study, this one published in Nature Medicine, researchers led by Gregory Buck, director of the center for microbiome engineering and data analysis at Virginia Commonwealth University, identified microbial profiles in the vagina that were linked to higher rates of preterm birth. They found that women who delivered early, at less than 37 weeks, were less likely to have Lactobacillus crispatus, which previous studies have linked to a healthy reproductive tract, and more likely to contain a diverse community of vaginal microbes, often including four specific taxa.

When they created a prediction model incorporating this information they were able to improve prediction of premature birth by up to 7% over current methods. “This gives us hope that we are going to be able to characterize vaginal types…that will provide some predictive value when it comes to preterm birth,” says Buck. “Our results have generated a plethora of hypotheses that we need to now explore and prove or disprove.” Other recent studies have hinted, for example, that understanding the vaginal microbiome might also help to predict IVF success, and this latest data leads researchers to ask more detailed questions about what microbiome profile would be best for a healthy pregnancy.

The microbiome and inflammatory bowel disease

In the third paper, published in Nature, Curtis Huttenhower, professor of computational biology at the Harvard T.H. Chan School of Public Health, and his team followed 132 people, some with inflammatory bowel disease and others without, for a year. They collected stool, biopsy and blood samples in order to track whether and how their microbiomes changed during disease flare-ups, and during recovery periods.

They were indeed able to identify changes in the types of bacteria that become active during flare-ups periods compared to during recovery periods, as well as changes in how those microbes were impacting the immune system. So far, the study authors write, this isn’t enough to develop, say, a diagnostic test that could predict flare-ups based on a person’s microbiome, but they hope this early work

Applying the microbiome findings in the real world

All of the studies continue to build the list of key players in the microbiome, which include not just the specific microbes involved but also the other factors—such as immune cells and other metabolic chemicals—that interact with the microbes to affect human health. “There has been a substantial effort to get the catalogue, and the basics laid out. And we’re moving on from there to understand how the parts fit together,” says Huttenhower. “I imagine it will take several more years to learn how to fix those parts, and make the machine work again.”

One of the challenges in finding useful applications for the microbiome is how variable they are, both from person to person, and in any given individual over time. Huttenhower notes that these early studies have enabled them to “see many different ways across individual patients that the gut microbiome becomes [perturbed] and often restores itself over time.” The goal, then, is to “start to put together all [the] different ways in which that can happen, and understand what is common about them.”

While microbiome tests for predicting diabetes or preterm birth aren’t ready for using in the clinic just yet, says Snyder, they are on the horizon. “We are learning a ton,” he says. 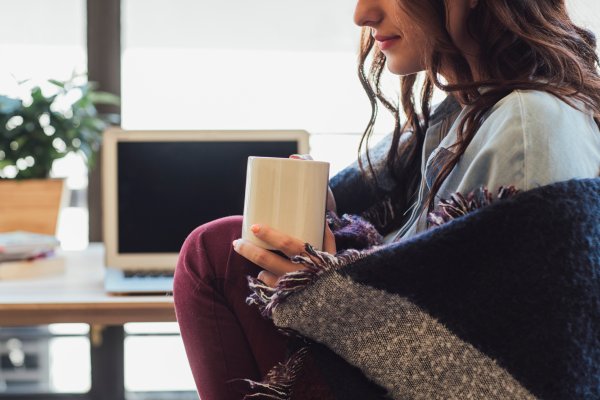 The Debate Over Office Temperatures Just Heated Up, Thanks to a New Study
Next Up: Editor's Pick