'Gaming Disorder' Is Now an Official Medical Condition, According to the WHO

Nearly anywhere you go, it’s easy to find children and adults alike transfixed by their phones, and while texting and social media certainly claim a big part of that attention, increasingly it’s gaming that’s drawing us in.

At the World Health Organization’s World Health Assembly on Saturday, member states officially recognized gaming addiction as a modern disease. Last year, the WHO voted to include gaming disorder as an official condition in the draft version of its latest International Classification of Diseases (ICD); the vote finalizes that decision. The WHO’s ICD, currently in its 11th edition, serves as the international standard for diagnosing and treating health conditions.

According to Tarik Jasarevic, a spokesperson for the WHO, the move is “based on reviews of available evidence,” and reflects general agreement among experts around the world that some people show a “pattern of gaming behavior characterized by impaired control,” prioritizing gaming over other daily responsibilities, including attending school or work and keeping social appointments.

According to the WHO experts who analyzed studies on gaming behavior, people’s use of gaming is different from their use of the internet, social media, online gambling and online shopping. There isn’t sufficient data, they say, to indicate that people’s reliance on those is a “behavioral addiction” the way gaming can be.

According to the new definition, gaming behavior shifts into a disorder when it takes precedence over other daily activities, and starts to impair a person’s relationships, school or work responsibilities for at least a year.

Still, not all behavior experts agree that gaming is distinct enough from other internet or smartphone-based behavior, and question why gaming is singled out. The criteria used by the WHO are similar to those used to distinguish any addictive behavior—namely. that the behavior starts to take priority over a person’s life to the exclusion of behaviors essential to good health.

Some researchers note that not enough research has been done on gaming behavior, and particularly the gaming culture, to warrant its description as a disorder. Michelle Colder Carras, an independent contractor on public mental health issues who has published research on gaming behavior, does not rule out that some gaming behavior can be problematic, but notes that some of the studies highlighting the addictive and all-consuming nature of gaming, include not just gaming but general internet and smartphone use, and therefore may not measure gaming’s specific effect.

“The problem with gaming and other…new media is that they produce a different culture,” says Carras, who also considers herself a gamer. “But clinicians are approaching this behavior from an understanding of a disorder based on a continuum of normative, recreational and problematic use rather than from the setting or context of a unique, new culture.” Carras, for example, points out that gaming fulfills a participatory and social need for some.

Rather than singling out gaming, Carras and others support the idea of researching internet use and potentially problematic dependence on technology more broadly, to better understand some of the commonalities that patterns of gaming, social media and internet use might share.

At the very least, however, the inclusion of gaming disorder in the ICD may raise awareness about potentially concerning ways that people rely on gaming, and trigger new research on it as well as other technology-related behaviors that will only continue to grow as devices and internet access reach more and more people around the world. 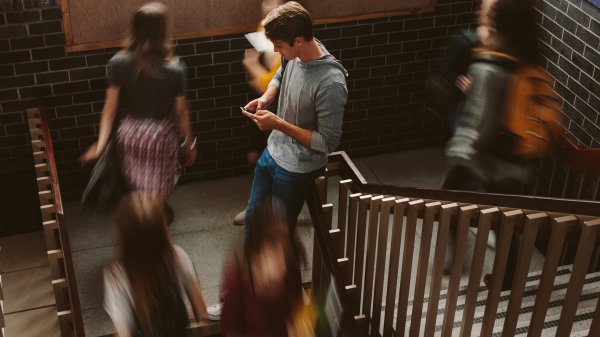