The Kaga, along with sister ship the Izumo, is the biggest warship that Japan’s navy, The Japan Maritime Self-Defense Force, has built since the end of the Second World War. And last December, Abe’s government announced plans to convert the Kaga and the Izumo to launch American-made F-35B stealth fighter jets. The conversion would effectively give the vessels many of the same capabilities as aircraft carriers––also a first for post-war Japan.

Aboard the Kaga, Trump praised the decision, along with the announcement that Japan plans to purchase 105 American-made F-35 fighters.

“And soon, this very ship will be upgraded to carry that cutting-edge aircraft. With this extraordinary new equipment, the JS Kaga will help our nations defend against a range of complex threats in the region and far beyond,” Trump said Tuesday aboard the ship.

That may be overstating Japan’s military ambitions. Japan’s constitution forbids the use of offensive weapons, which aircraft carriers have long been considered.

Still, all of the signals from Japan’s military are that it has no intention of using the Kaga or the Izumo like traditional aircraft carriers, says Jeffrey W. Hornung, a political scientist with the RAND Corporation who specializes in Japanese security and foreign policy.

Abe has been working for many years to strengthen Japan’s military and expand its ability to use force, including a push to amend the constitution to formally recognize the Japanese Self-Defense Forces. However, it’s delicate business in Japan, where the constitution is explicitly pacifist following the country’s surrender in World War II. In Japan’s military heyday, aircraft carriers were some of its most potent military weapons––and were used to launch the surprise attack on Pearl Harbor, which drew the United States into that war.

Here’s what to know about the JS Kaga and Japan’s military buildup.

What is the JS Kaga and is it really an aircraft carrier?

At 812 feet long and weighing in at 24,000 tons, the Kaga and the Izumo are the size of some World War II aircraft carriers. The last time Japan had a warship called the Kaga, named after a former province, it was an aircraft carrier that launched planes on Pearl Harbor.

The ships have a flat flight deck, were designed to carry up to 28 helicopters, and are officially classed as “helicopter destroyers.” Their primary job is anti-submarine warfare and quickly deploying Japanese military assets at sea. They also serve as command ships and can be used to quickly ferry humanitarian relief to far-flung places in Asia.

In part because of Japanese taboos about building offensive weapons, even after the vessels are upgraded to carry F-35 fighters, they still won’t be called aircraft carriers, but rather “multi-purpose destroyers.”

But even with the ability to launch sophisticated stealth jets, these ships won’t be like the aircraft carriers that the U.S. uses to project military power around the world, says Hornung. “They’re not geared toward anything like a carrier strike group,” he says. “The planes are not going to be permanently deployed on the ship. They’re actually going to be deployed on land, they’re only going to be used when necessary.”

And, he cautions, the Japanese likely won’t have the Kaga and the Izumo upgraded and able to deploy fighters for five to 10 years. It’s been notoriously difficult and costly, even for the U.S., to get ship flight decks ready to to field the F-35B, which can take off and land vertically thanks to a powerful swiveling jet engine.

As big as Japan’s new ships are, they are dwarfed by America’s super carriers, which are nearly 1,100 feet long and 114,000 tons. Even smaller aircraft carriers, like the U.K.’s HMS Queen Elizabeth and France’s Charles de Gaulle, are significantly larger by weight.

Hornung adds that in his talks with Japanese military officials, he’s seen no interest in developing an actual aircraft carrier similar to what the U.S. has.

Why did Trump visit the Kaga?

Marine One with US President Donald Trump and First Lady Melania Trump on board lands on Japan Maritime Self-Defense Force helicopter carrier JS Kaga in Yokosuka on May 28, 2019.
BRENDAN SMIALOWSKI—AFP/Getty Images

Trump’s visit to the Japanese warship, which he said made him feel “very safe,” came near the end of a state visit that was widely seen as Abe’s attempt to placate the American president.

Trump was the first world leader to meet the new Japanese emperor, and the trip involved rounds of golf, a cheeseburger dinner and a sumo match, where Trump awarded the President’s Cup––which the Japanese press took to calling the “Trump Cup”––to the winner.

Going to the Kaga, along with the announcement of a F-35 purchase order that Trump said would make Japan’s fleet “the largest of any U.S. ally,” is a signal to the U.S. leader that Japan is working to step up its efforts to defend itself, Hornung says.

“I just think the majority of this is all symbolic and pomp, but it’s meant to show how Japan is being a good ally and buying American,” he says.

Trump has repeatedly criticized U.S. allies for not spending enough on their own defense. He says it amounts to taking advantage of the U.S. military.

As a candidate in 2016, Trump told the New York Times, “We’re basically protecting Japan… And there’ll be a point at which we’re just not going to be able to do it anymore.”

Some 50,000 U.S. troops are stationed in Japan, but Japan has also increased its defense budget in recent years. Japan plans to spend about $48 billion a year on defense, about 1% of its GDP.

Japan’s military buildup, including the future conversation of the Izumo and the Kaga to carry fighter jets, is part of a growing wariness about China, especially when it comes to its outlying islands.

The focus of Japan’s concern has been what it calls the Senkaku Islands. Japan says they are sovereign territory. But the Chinese, who call them the Diaoyu Islands, also claim them. The rocky islands are about 560 miles from the Japanese mainland and 255 miles from the nearest Japanese air base on Okinawa.

Japan hopes to use the new capability in case its air base in Okinawa is unable to operate, Hornung says. It could also move fighter jets closer to the Senkakus, and other outlying islands, to shorten response times.

“When it comes to China and the Senkaku Islands, Japan will not back down no matter what,” says Hornung.

The dispute over the Senkaku/Diaoyu islands is part of China’s bigger push to assert its dominance in its own neighborhood. China has been drawn into conflict with the Philippines, as well as other neighbors, over claims it owns islands in the South China Sea and East China Sea that other countries see as theirs.

China has been increasingly testing Japan, with hundreds of military plane flights that have caused Japanese fighters to scramble, as well as incursions by Chinese fishing boats into waters under Japanese control, he says.

“Their feeling is that by having these ‘multipurpose destroyers,’ they’ll be able to disperse a limited number of planes and at least complicate things for Chinese [military] planners by knowing that well we have these two ships that are out there,” he says. 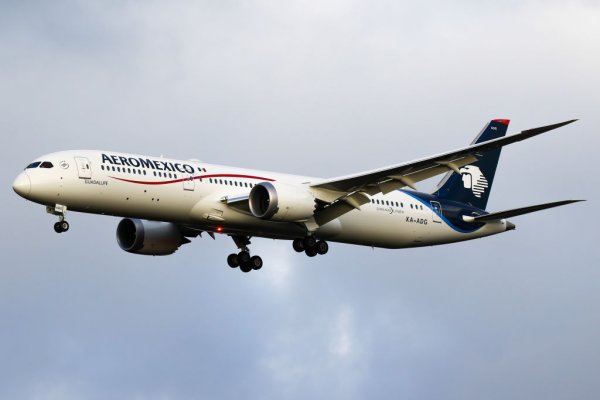 A Man Died on a Plane After Swallowing a Lot of Cocaine
Next Up: Editor's Pick