(Bloomberg) — MacKenzie Bezos committed to giving away at least half of the $37 billion windfall she will receive in her upcoming divorce from Amazon.com Inc. founder Jeff Bezos.

Bezos, 49, is one of the 19 new signatories to the Giving Pledge who’ve promised to donate than 50% of their wealth to philanthropy or charitable causes, either during their lifetimes or in their wills, the organization said Tuesday. It was founded by Bill and Melinda Gates and Warren Buffett in 2010 and now has a total of 204 participants from 23 countries.

Her decision is in contrast to Jeff Bezos, the richest person on the planet. He hasn’t signed the pledge and has been criticized for his relatively restrained philanthropic efforts to date. He tweeted in 2017 for recommendations asking how he can best use his wealth to help people “right now,” before announcing a $2 billion commitment to support homelessness and education initiatives in September 2018. 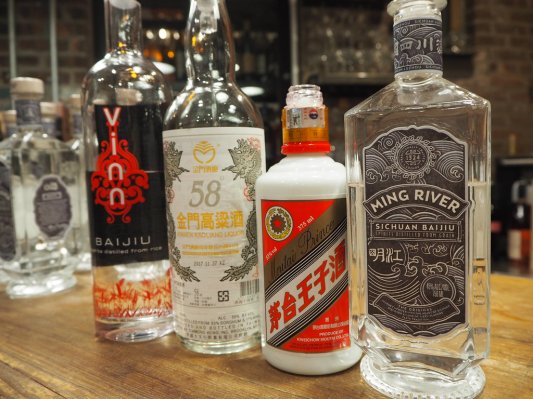 The Brands Hoping to Popularize Baijiu Beyond China
Next Up: Editor's Pick