Since Georgia passed a bill earlier this month that effectively bans abortion after six weeks, most major production companies with ties to the state have stayed quiet. Thanks in part to a generous tax incentive there, Georgia is home to a thriving film industry, which stands to be impacted significantly if major Hollywood players demonstrate their disapproval of the legislation by pulling productions.

But on Monday, Netflix’s chief content officer Ted Sarandos issued a statement to Variety protesting the bill and pledging action against it. “We have many women working on productions in Georgia, whose rights, along with millions of others, will be severely restricted by this law. It’s why we will work with the ACLU and others to fight it in court,” the statement read.

“Given the legislation has not yet been implemented, we’ll continue to film there—while also supporting partners and artists who choose not to. Should it ever come into effect, we’d rethink our entire investment in Georgia.”

Netflix shoots many of its films and shows in Georgia. The upcoming season of their tentpole show Stranger Things was filmed there. Insatiable, whose star Alyssa Milano has been an outspoken critic of the new law and has urged for a boycott in response to the law, is in the midst of shooting its second season in Georgia. Ozark is also currently filming around the Atlanta area—but its star Jason Bateman vowed to boycott the state if the bill becomes law.

Netflix isn’t the only production company that has pledged to assist the ACLU in fighting the bill in court: Jordan Peele’s Monkeypaw Productions and J.J. Abrams’ Bad Robot promised to donate all of their episodic fees for their upcoming show Lovecraft Country to the ACLU’s legal efforts. 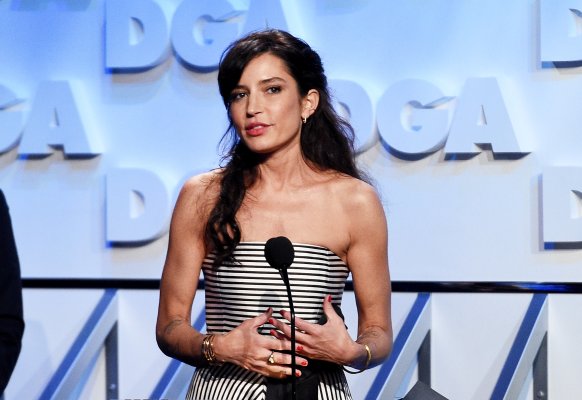