The World Health Organization (WHO) will no longer categorize being transgender as a “mental disorder”, after a major resolution to amend its health guidelines was approved May 25.

The United Nations’ health agency approved a resolution to remove “gender identity disorder” from its global manual of diagnoses, in a move that will have a “liberating effect on transgender people worldwide,” says Human Rights Watch. According to the newly-revised version of the International Classification of Diseases (known as ICD-11), published by the WHO, “gender identity disorders” have been reframed as “gender incongruence.” Gender nonconformity is now included in a chapter on sexual health, rather than being listed with “mental disorders” as was the case previously. Activists are now hoping that the ICD-11 will be implemented by the WHO’s 194 member states over the next three years.

In several countries around the world, the process of medically transitioning gender is based on the now-outdated ICD framework, which classifies being transgender as a “gender identity disorder” under the category of “mental disorders.” In Japan for example, the law requires those seeking to transition gender to have a diagnosis of “gender identity disorder” and to be sterilized before their new gender identity can be reflected on official documentation. U.N. member states, of which Japan is one, are now responsible for putting ICD-11 into practice at a national level, a lengthy process that has been given a target deadline of January 1, 2022.

“When you have a system that sets up someone’s very existence and identity in a diagnosis as a mental health condition, that feeds an enormous amount of stigma and drives people away,” Kyle Knight, researcher in the LGBT rights program at Human Rights Watch, tells TIME. “We have interviewed transgender people in Japan, Kazakhstan, Ukraine and Indonesia to name a few countries, and they don’t even want to begin to undergo the process of legal recognition because it requires them to go see a psychiatrist who will tell them they have a so-called mental disorder; something that they don’t feel corresponds with their own reality. People don’t feel like their gender identity is something diagnosable or needs a diagnosis.”

While ICD-11 is being celebrated by many as a step in the right direction, activists are keen to highlight that there is still work to be done. GATE, an organization advocating on issues of gender identity, gender expression and bodily diversity, will be focusing their efforts on contributing to the WHO’s forthcoming reviewing and updating process and encouraging people to put pressure on their own governments to adopt ICD-11 in the coming years. “There’s a sense of happiness, but at the same time, while we are seeing these advances, there are countries where trans people find it more and more difficult to get access to basic healthcare, like the U.S.,” says Argentinean intersex and trans rights activist Mauro Cabral, GATE‘s executive director.

As recently as May 24, a new rule issued by the Trump administration proposed the roll back of sex discrimination protection for transgender people in health services, a move that U.S. LGBT rights groups have cautioned could result in a denial of needed medical care.

Cabral tells TIME that among his own activist network, the WHO’s resolution is viewed as a much-needed improvement, but is seen as an imperfect stepping stone to ensuring beneficial outcomes such as trans-related healthcare being included in universal healthcare coverage worldwide.

The use of ‘gender incongruence’ is also seen as an expression of international solidarity with people in parts of the world whose health systems might otherwise exclude them if different language was used. “I personally don’t consider myself, and I don’t know anyone that considers themselves to be a person with ‘gender incongruence,'” Cabral tells TIME. “In that sense, we are accepting this as a way of people in different countries getting access to the healthcare that they need.”

“It’s now time to start working on the discriminatory policies that were erected on the basis of this absurd, abusive and now scientifically invalidated and outdated scientific diagnostic system,” Knight tells TIME. “Those are going to take a while to dismantle, but now more than ever, that’s what makes this really urgent.” 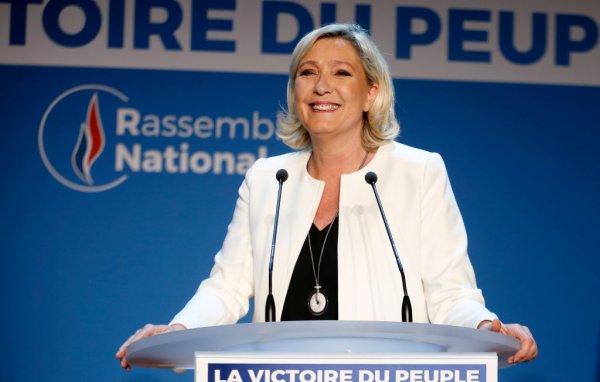 Europe's Populist Storm Rattles the Windows of the E.U. But Fails to Move the Foundations
Next Up: Editor's Pick