A Man Died Mid-Flight After Swallowing Hundreds of Cocaine Packets

A Japanese man who swallowed 246 packets of cocaine died while on a flight from Bogota to Tokyo on Friday, Agence France-Presse reports.

Authorities identified the man only as 42-year-old Udo N in a social media post Monday.

The incident prompted the Aeromexico flight to make an emergency landing in the northern Mexico state of Sonora after flight attendants noticed that he was having seizures. Paramedics then boarded the plane and declared the man dead.

Prosecutors said the cause of his death was cerebral edema — a swelling of the brain — caused by the drug overdose. According to an autopsy, the man had 246 packets of cocaine, each measuring about 0.4 inches by 1 inch, in his stomach and intestines.

The plane, which had 198 other passengers on board, resumed its flight to Tokyo’s Narita International Airport after the body was removed.

Swallowing drugs, despite its hazards, is one way smugglers use to transport narcotics due to the ability to bypass security systems and screening processes.

Earlier this month, two Thai nationals who were traveling to Bali were arrested after ingesting almost two pounds of methamphetamine, according to the Bangkok Post. Last year, a Brazilian student died after one of the cocaine pellets he swallowed ruptured inside him when he was flying from Lisbon to Dublin, the Irish Times reports. 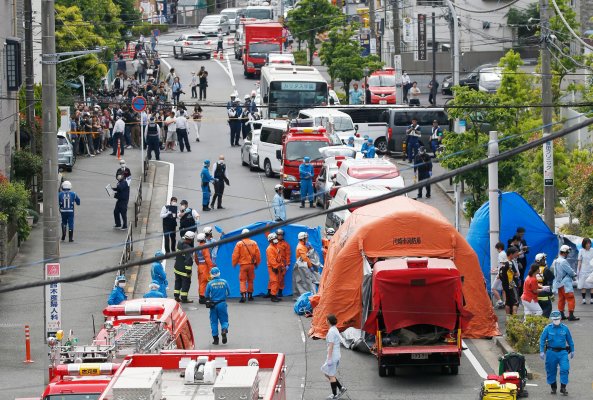 Young Girl Among Dead After Knife Attack in Japan
Next Up: Editor's Pick