Bill Buckner, the former Red Sox first baseman whose infamous error is part of World Series history, died Monday at the age of 69.

Buckner died after suffering from dementia, according to his family.

“After battling the disease of Lewy Body Dementia, Bill Buckner passed away early this morning of May 27th surrounded by his family,” read a statement from the family, obtained by ESPN. “Bill fought with courage and grit as he did all things in life. Our hearts are broken but we are at peace knowing he is in the arms of his Lord and Savior Jesus Christ.”

In 22 seasons with the major leagues, Buckner played for the Boston Red Sox, Los Angeles Dodgers and Chicago Cubs, among other teams. Despite a lengthy career that included winning the National League batting title in 1980, he is best known for making an infamous error in the 1986 World Series. During the 10th inning of Game 6, Buckner let a ground ball go between his legs, opening a path for the New York Mets to win the series. Superstitious Red Sox fans took that as proof of the so-called Curse of the Bambino, which they believed prolonged the team’s World Series drought to 68 years.

Former teammate Bobby Valentine honored his friend on Twitter Monday, and made the point that Buckner “deserved better.”

Buckner is survived by his wife, Jody, and three children, ESPN reports. 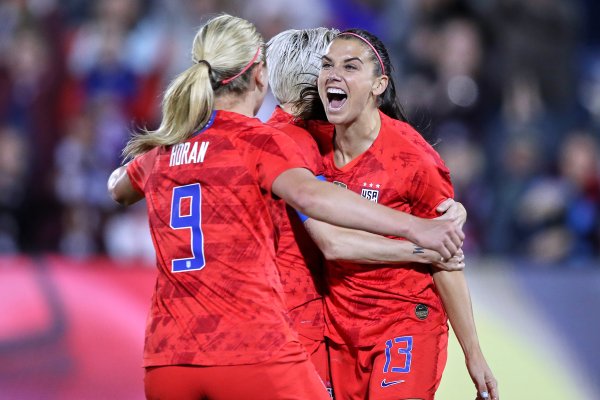 Soccer Phenom Alex Morgan: 'You Have to Take a Stand'
Next Up: Editor's Pick