Veterans Give Painfully Honest Answers After Army Asks 'How Has Serving Impacted You?'

Members of the United States Army watched the game from the field during the San Diego Chargers 37-7 win over the Kansas City Chiefs at Arrowhead Stadium in Kansas City, Missouri.
Icon Sports Wire—Corbis via Getty Images
By Mahita Gajanan

A tweet from the U.S. Army asking veterans and soldiers to share how serving influenced their lives prompted an outpouring of grief and pain.

Veterans, service members and their family gave thousands of responses to a tweet from the Army account asking, “How has serving impacted you?”

The Army made the inquiry as part of a Twitter thread honoring Pfc. Nathan Spencer, who spoke in a video about how being in the Army has given him an opportunity to “serve something greater than myself.”

But when put to the public, the question brought in responses that reflect the harsh reality of service. Soldiers and their family members recounted experiences with post-traumatic stress disorder (PTSD), sexual assault, drug addiction, physical injuries and other harmful issues as a result of serving in the military.

PTSD is a common occurrence in veterans, according to the Department of Veterans Affairs (VA). About 11-20% of soldiers who served in the Iraq War (Operation Iraqi Freedom) or the war in Afghanistan (Operation Enduring Freedom) have PTSD, the VA reports. At least 30% of Vietnam War veterans have had PTSD, as do 12% of Gulf War veterans.

Of the 20 million veterans in the U.S., fewer than half receive benefits from the VA, according to a report from the department. Suicide rates among veterans have been on the rise across the U.S., the report said.

The Army responded to the outpouring of stories from Veterans with a message of support.

“Your stories are real, they matter, and they may help others in similar situations,” the tweets said. “As we honor those who paid the ultimate sacrifice this weekend by remembering their service, we are also mindful of the fact that we have to take care of those who came back home with scars we can’t see.” 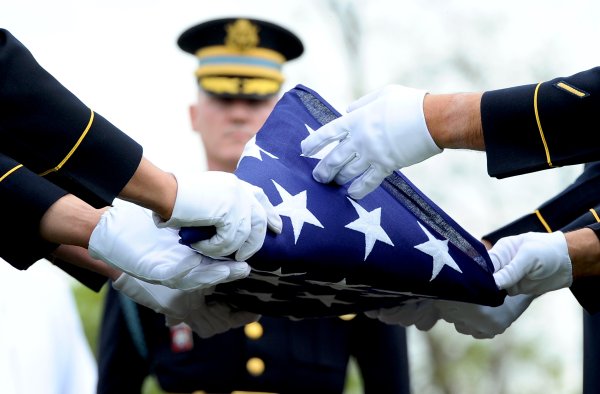