'I Chose Life.' Hiker Rescued After 17 Days in Hawaii Forest Thanks Supporters Who Organized Search

A hiker who was found after more than two weeks lost in a forest in Hawaii has delivered a heartfelt statement from her hospital bed to thank the volunteers who helped rescue her.

“There were times of total fear and loss and wanting to give up,” Amanda Eller, who was visibly emotional, in a video posted Saturday to the Facebook group dedicated to finding her. “It did come down to life and death, and I had to choose. And I chose life. I wasn’t going to take the easy way out.”

Eller, a 35-year-old yoga instructor and physical therapist, had intended to take a short hike around the Makawao Forest Reserve in Maui before losing her way on May 8. On Friday, rescuers finally located her and airlifted her to safety following a massive, coordinated search campaign. She was hungry and injured, but alive. A video of her rescue was posted to social media.

Eller was found with a broken leg and a torn meniscus in her knee, along with sunburn and scrapes. She was also about 20 pounds underweight, according to one of the rescuers who spoke to KHON2.

“Seeing the way that the community of Maui came together…just under the idea of helping one person make it out of the woods alive, it just warms my heart,” said Eller in the video. “Just seeing the power of prayer and the power of love when everybody combines their efforts is incredible.”

Eller’s rescue followed an enormous search effort, which included hikers, helicopter and drone pilots, free divers, and data analysis experts, according to the Facebook page FindAmanda. A GoFundMe page dedicated to helping to fund her family and friends’ search raised more than $77,000.

“The strength of people all ways astounds and amazes me, but these people, You People. Speechless,” read a post-rescue statement attributed to Chris Berquist, one of the searchers. “We found Amanda because we did it right.” 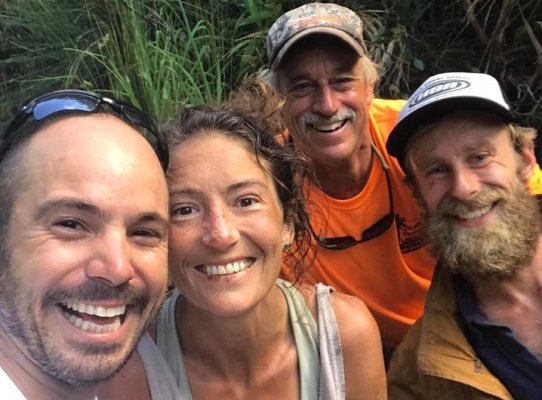