Emory University fired two neuroscientists after they were accused of failing to disclose foreign research funding and connections with China.

Li Xiao-Jiang told Science magazine that the university fired him and his wife, Li Shihua––with whom he led a laboratory at the Atlanta university’s medical school. The university also shut down their laboratory. Four Chinese postdoctoral students working in the lab were told to leave the U.S. within 30 days, Li said.

Li and his wife are best known for studying Huntington disease. They are denying the allegations and suggested that their firing was part of a problem with hostility toward Chinese students and faculty on campus.

Li told Science that he disclosed his Chinese research activity annually since 2012 and said the university did not explain why any of the researchers were fired.

“I was shocked that Emory University would terminate a tenured professor in such an unusual and abrupt fashion and close our combined lab consisting of a number of graduates and postdoctoral trainees without giving me specific details for the reasons behind my termination,” Li said in a statement to Science.

He called the claims against him and his wife “unverified.”

Emory University said in a statement that the National Institutes of Health (NIH) and other federal agencies “have raised concerns regarding foreign influence on research activities in the United States.”

NIH Director Francis Collins announced in August that the agency was investigating research institutes because of concerns that some researchers who received federal grants failed to disclose contributions from foreign governments, health news site STAT reported. Science reported that the agency sent letters to some research universities asking them to provide information about particular faculty members. About 55 institutions ultimately conducted investigations, Science said.

Emory confirmed that it conducted an investigation after receiving a letter from the NIH in March.

During the investigation, the university said, “Emory discovered that two of its faculty members named as key personnel on NIH grant awards to Emory University had failed to fully disclose foreign sources of research funding and the extent of their work for research institutions and universities in China. Emory has shared this information with the NIH, and the faculty members are no longer employed at Emory.”

For their part, the Lis told Science that they feel that their experience is part of a larger problem with the way foreigners are treated, writing that the Emory campus “negatively derides Emory faculty members and international visitors, especially those of Chinese origin.” They urged the university’s president to issue a statement to “recognize the contributions of Emory’s diverse global community, and the enumerable benefit to science, research and education locally and globally.”

Emory’s statement said that the university “remains committed to the free exchange of ideas and research and to our vital collaborations with researchers from around the world. At the same time, Emory also takes very seriously its obligation to be a good steward of federal research dollars and to ensure compliance with all funding disclosure and other requirements.” 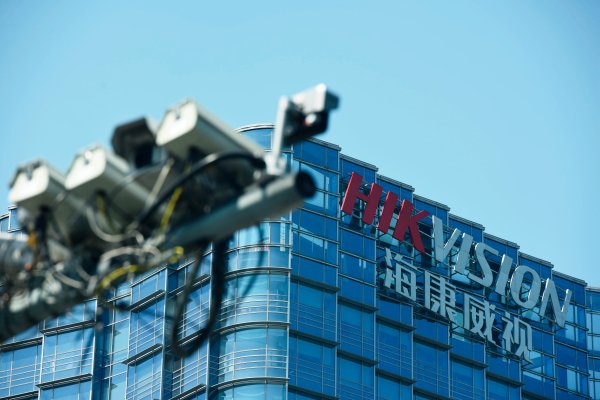 U.S. Considers Blacklisting Up to Five More Chinese Companies Including Hikvision
Next Up: Editor's Pick