A woman who went missing for 16 days in Makawao Forest Reserve in Maui, Hawaii has been found alive and in good condition.

Amanda Eller, a 35-year-old yoga teacher and physical therapist, was found by a search helicopter on the bed of a stream at around 5 p.m. on Friday.

One of the rescuers shared photos on Facebook that showed that Eller had painful-looking burns on her feet and ankles. Troy Helmer, who was with the group that found Eller, told KHON2 that Eller was about 20 pounds underweight.

Eller was last seen by her boyfriend before she reportedly went off on a hike on May 8. He reported that she was missing on May 9. Her SUV was found shortly afterward near the base for the Kahakapao Trail.

The “Find Amanda” Facebook page, which ABC News said is run by Eller’s friend Sarah Haynes, wrote that Eller was spotted between “two waterfalls down a deep ravine in a creek bed.” The post said that Eller had gotten lost and was “stuck and slightly injured.”

The team that was searching for her was planning to celebrate with mimosas at the base camp on Saturday morning, the Facebook page said.

Eller’s mother, Julia, told KHON2 that Eller survived by drinking water in the forest and eating berries. The family was reunited at a local hospital.

“I felt in my heart she was alive,” Julia said. “I never gave up hope for a minute. Even though at times I would have those moments of despair, I stayed strong for her ’cause I knew we would find her if we just stayed with the program, stayed persistent and that we would eventually find her.” 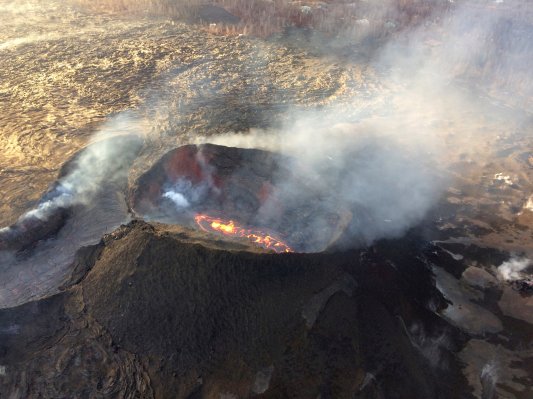