India's Economy Needs Tougher Reform. How Will Modi Use His Election Mandate?

Prime Minister Narendra Modi delivered a historic second five-year term — with a single-party majority — for the Bharatiya Janata Party this week. He campaigned in 2014 promising economic growth and job creation, and prioritized business-friendly outreach to lure investment and manufacturing to India.

The continuity of a second Modi term, then, suggests to some that a bold economic reform agenda may be what comes next. But equally possible, based on the recent track record, might be stepped-up development projects in lieu of tough reforms, and a more nationalist approach to economic matters. In an atmosphere where trade differences between New Delhi and Washington have slowly escalated, the latter prospect would suggest even rougher economic roads ahead.

Will Modi make the tough choices?

Due to his pro-business orientation and road-show pitches for investment, Modi has gained a reputation among U.S. industry as someone with a reformist mindset. In his first three years of office, he raised foreign direct investment caps in a wide range of sectors, reduced petroleum subsidies, cut red tape, got a bankruptcy law passed and a constitutional amendment to unify India’s states into a common market. These are all significant steps. But tougher reforms that could boost the Indian economy—for example, reforms to India’s onerous land acquisition and labor laws that could unleash manufacturing—have languished after early-term efforts failed to secure lasting support.

It’s precisely these politically difficult reforms that could make a difference to the Indian economy now. The Indian economy is not hitting the growth rates needed to create jobs for its large, youthful and growing workforce. Unemployment is at a 45-year high. In recent years, the Modi government has shifted away from politically contentious further reforms, and emphasized development projects (toilet-building, housing, infrastructure) and welfare programs, such as the world’s largest health insurance scheme. Such projects are important for Indian quality of life, but do not address more macro-level policy reform questions.

In addition, although the Indian economy has incrementally become more open since the onset of economic reforms in 1991, the Modi government moved backwards on trade in the past two years by raising tariffs on some goods. And debates about data localization and new regulation in the fast-growing e-commerce space suggest the prospect of a more economically nationalist approach to the important digital economy.

A complicated trade relationship with the U.S.

Meanwhile, the U.S.-India economic dialogue, for decades fraught at the best of times, is in a tough place. The longstanding list of trade complaints—many of them U.S. complaints about India’s market—contains a mind-numbing array of issues. Some are familiar, like intellectual property rights and concerns over patents, tariffs and foreign direct investment caps. But some are arcane, like price caps on medical stents, or certifying that dairy products came from cows that never ate animal feed containing “tissues of ruminant origin”––i.e. beef. None are easy to solve, and so they have languished on the agenda while trade negotiators attempt resolution.

Exacerbating the tough atmosphere in the trade and economic arena, President Donald Trump’s approach to trade adds new issues to the many unresolved problems. Trump wants to cut trade deficits, so a new complaint from Washington concerns the bilateral trade deficit with India—for 2018 around $22 billion, down 7% from 2017.

In an unrelated global review, the Trump Administration concluded that steel and aluminum imports presented a national security threat to the United States, and imposed 25% and 10% duties, respectively. This step turns out to have affected steel and aluminum imported from India. In response, India drew up a list of goods for reciprocal tariffs, although New Delhi has held off applying the higher tariffs given ongoing trade negotiations.

In March, the Trump Administration issued a notification of intent to remove India from a trade-preference program known as the Generalized System of Preferences due to India’s failure to “provide equitable and reasonable access to its markets.” The mandatory 60-day notice period for this removal has elapsed, so the preference could be removed at any moment.

Returning to the Indian election verdict, the notion that Modi has now received a fillip from Indian voters for further reforms needs some nuance. It is not clear that voters’ preference for Modi and the BJP necessarily indicates interest in further trade liberalization. It may very well reflect entirely unrelated preferences on national security, or Hindu nationalism, or a sense that Modi is a strong leader, not corrupt and focused on enhancing prosperity. It may also reflect an understanding of “reform” as demonstrated through the many development projects and quality of life improvements that the Modi government has delivered for the country.

We may well see the new Modi government storm into its new term with a bang, tackling market access problems and liberalizing the economy further to boost economic growth. It could happen. But equally possible might be an approach that continues a focus on infrastructure, sanitation and other development projects necessary for improved prosperity but not necessarily keys to unlocking greater bilateral trade and investment.

In other words, a mandate for improved quality of life might not imply a mandate for further opening markets. It’s a distinction that matters, not least because expectations internationally might assume the latter.

Alyssa Ayres is senior fellow for India, Pakistan, and South Asia at the Council on Foreign Relations. She served as U.S. deputy assistant secretary of state for South Asia from 2010 to 2013, and is the author of Our Time Has Come: How India is Making its Place in the World. 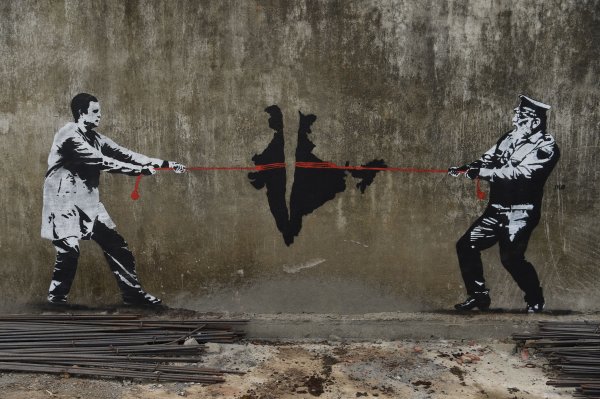 I've Reported on Modi for Over a Decade. His Hindu Nationalist Ideas Will Be Even More Dangerous Now
Next Up: Editor's Pick